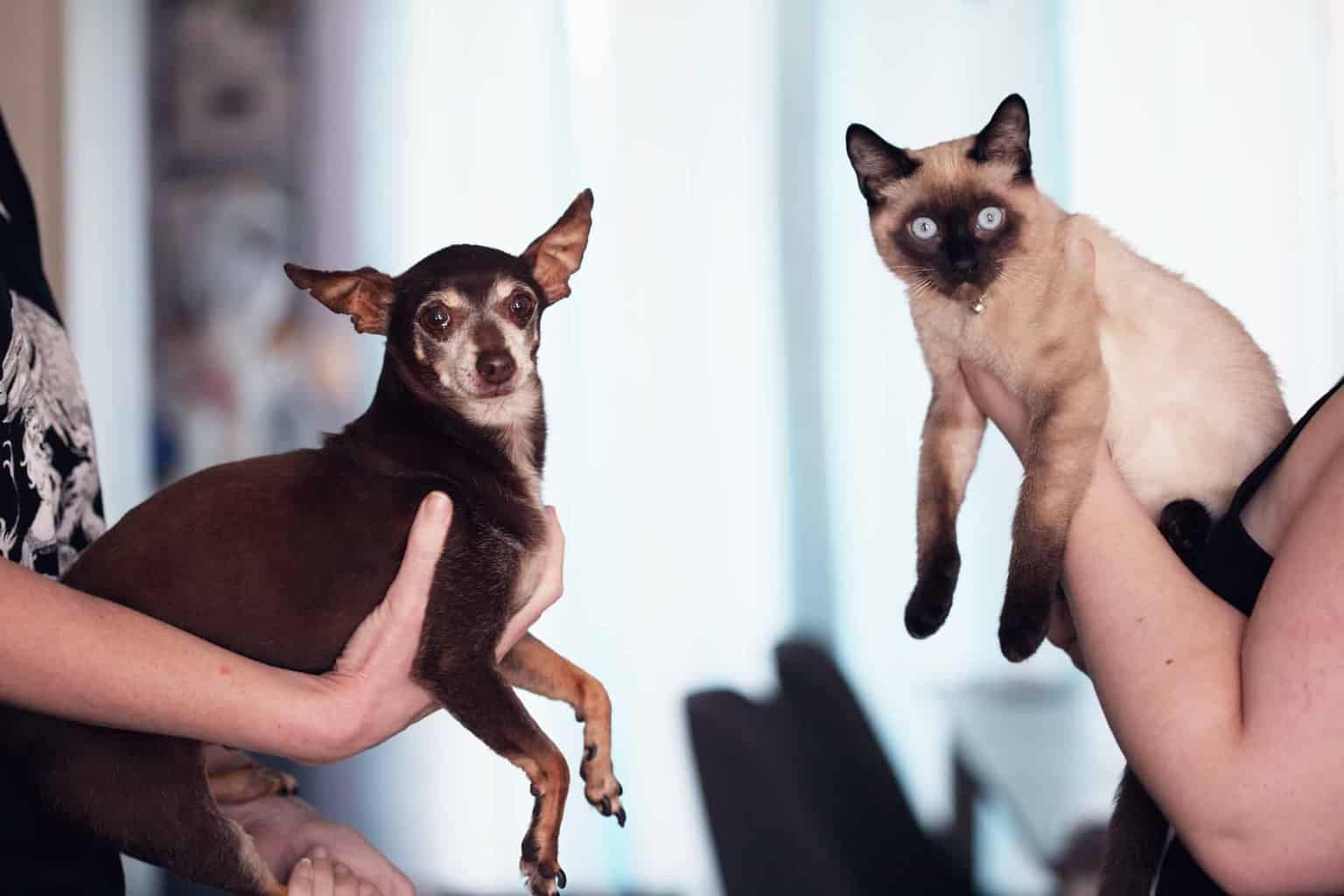 Wondering why do Siamese cats have crossed eyes? We will explain everything in this article.

Siamese cats have crossed eyes because of their genetic flaw in their eye structure and albino genes. In fact, crossed eyes help them in forming a clear image in the brain, and they can see ordinarily. The cross-eyed trait of Siamese cats is very natural for this breed.

Siamese cats are one of the oldest domesticated cat breeds in the world. Thai manuscripts from 14th Century first feature Siamese cats.

At some point in time, there were two types of Siamese cats – the ancients’ Thai cat and the modern Siamese cat.

But now, it is only the sleek, distinctive, blue-eyed Siamese cats found all over the world. Siamese cats are famous for their talkative nature, exquisite fur color, beautiful blue eyes.

Another feature of Siamese cats is now almost extinct due to continuous selective breeding and line-breeding.

The cross-eyed variation of the Siamese cat is rare nowadays. This condition of bilateral medial strabismus (or cross-eyes) is a natural trait for this cat breed, and the genetic coding of Siamese cats is often responsible for this.

Cat Fancier Associations across the world are condemning breeders from breeding cross-eyed, kinked tail Siamese cats, and as a result, it is much more common to find this variation in Thailand than in the west.

We will discuss all one needs to know about this unique feature of Siamese cats in the article.

Why do Siamese cats have crossed eyes?

It is hard to believe, but the cross-eyed trait of Siamese cats is because of their fur color’s unique genetic coding.

The albinisms in their genes are responsible for a tilted retina, and that is why they have to cross their eyes to see straight. We are going to explain the reason in detail in the subsequent paragraphs.

There is an enthralling myth related to the cross-eyed and kinked tail of Siamese cats.

If we have to believe the story connected with the Siamese cats, then it is said that these cats had to guard a golden, royal goblet.

The enigmatic look of Siamese cats justifies the folklore associated with it. According to the tale, the cats dedicated everything to take care of the precious goblet.

Their eyes crossed because they watched the goblet day and night vehemently. They also used to wrap the tail for extra security.

In the end, the tailpiece took the shape of the goblet permanently. We can’t be sure whether this is true, but we can always believe that our little feline friend is a descendent of some cats having such a crucial job.

Before we dive into the reason behind the Siamese cat’s cross-eyed condition, we need to understand the unique genetic inheritance of albinism in them.

The color of their fur depends on several genes, and the spots depend on modifier genes. Almost all Siamese cats have albino genes initially, and as a result, all Siamese kittens are white after birth.

Paws, face, neck are the parts of Siamese cats where the temperature is lowest. When the warmth of a body part goes below 100°F, it attains color. These albino genes are responsible for the cross-eyed trait of Siamese cats.

The genes controlling the color of the fur also control the pathway of optic nerves.

The albino genes disrupt the optical nerve pathway and deprive Siamese cats of having a full binocular vision.

Unlike many animals, cats have eyes pointing forward, like humans. Eyes take two inputs of the same image and collage it together in the brain to process it.

The albino gene is responsible for this anomaly in retina position and optic nerve positions. The fact that Siamese cats are born cross-eyed is untrue.

We believe that Siamese cats can only see clearly by crossing their eyes. Crossed eyes help them in forming a clear image in the brain, and they can see ordinarily.

The scientific name of this condition is called strabismus, and cross-eyed cats have horizontal strabismus.

This phenomenon is observed for white tigers as well. The albino genes are responsible for the horizontal strabismus in their eyes, and they have cross-eyed traits.

The cross-eyed trait of Siamese cats is very natural for this breed. However, Siamese cat owners should be very attentive if the cat somehow exhibits this condition at later stages.

The genes of the Siamese cats are not responsible for this aberration. Cats can suffer from prolonged optical trauma and develop this condition too.

If the Siamese cat develops horizontal strabismus in later stages, one needs to take it to the veterinarian as soon as possible.

It can also be an effect of some nerve damage during pregnancy. Sometimes the condition can arise due to a virus. These cases need special care from the owner as it is not inherited.

Do all Siamese cats have crossed eyes?

Cross-eyed Siamese cats were very easy to find until a few years ago. Breeders are trying to line breed cats with no strabismus and breed more attractive to cat owners.

As a result, this condition has become rare in modern Siamese cats. However, one can find the original cross-eyed Siamese cats in Thailand and adjacent countries.

Is there any reason for worrying if my siamese cats have crossed eyes?

The cross-eyed trait in Siamese cats is natural. You should not worry if the Siamese cat has developed this condition early in life.

However, this can happen due to a lot of reasons at later stages. Nerve trauma, viruses can cause this condition too.

Sometimes cross-eyed nature of Siamese cats can also be congenital.

If the cat develops this condition abruptly, you need to take it to the veterinarian and check it as soon as possible. Otherwise, one should not think much about this trait of the Siamese cat.

In conclusion, we can say that the cross-eyed trait is an inherited condition, and albino genes in their DNA are responsible for this uniqueness.

In Thailand, original Siamese cats still show this unique feature, unlike the cats of the same breed in the west.

The breeders have made it hard to find the cross-eyed variation of Siamese cats due to rigorous inbreeding or line-breeding.

Siamese cat owners often worry about the cat’s well-being because of this condition. But, it is a natural trait, and one should not worry about it. Accept the cat however they are and love it in the best way possible.