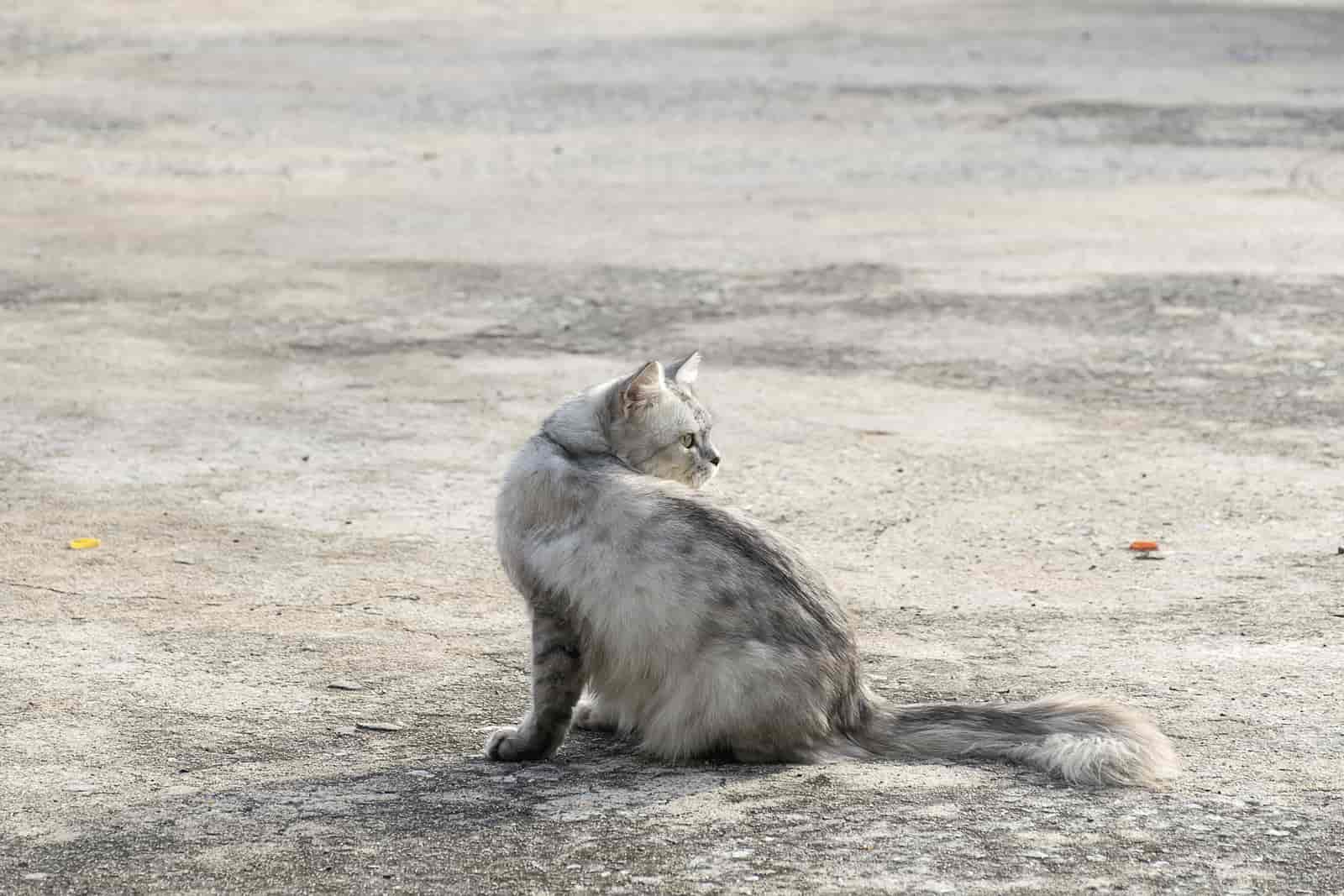 Cat owners have always felt confused one way or the other regarding some of the behaviors of their respective cats. While it can be entirely random, sometimes it is not so.

One of those quirky behaviors is their tendency to roll on concrete.

Especially if you have an outdoor cat, you must have wondered why they are rolling on the hard concrete floor while there are plenty of peaceful places to do the same.

There are quite a few reasons that can prompt cats to do so. From wanting your attention to gathering a few healthy bacteria, the reasons can vary.

In this article, we will answer this question in detail and go over a few other questions related to this topic that you might have. So, let us begin by digging into the question at hand.

Why Do Cats Roll On Concrete?

As we have stated previously, there could be a bunch of reasons for this particular behavior. We will go into each of those with details in this section. They are as follows:

Cats can roll for several reasons, and asking for your attention is one of them.

However, the cat can roll on any surface for your attention, some extra advantages of rolling on the concrete.

When a cat is exposing its belly to you, it means that they are comfortable around you. As the belly is the most vulnerable part of the cat’s body, it takes a lot of time for the cat to do this.

If you are not used to belly rubs, you should approach the cat with extreme caution.

You have to make the cat know that you are harmless. A slow and steady pace would be the best way to do it. Otherwise, it can easily turn into a scratching and biting session for the cat.

So, you can consider rolling on the concrete as a part of their usual way to want attention from you. And we all know how much a cat loves attention.

Cats try to regulate their temperature in various ways. If you let your cat go outside, you might have seen your cat rolling on grass and dirt to cool off. However, concrete is a great source of heat in general.

So, if your cat senses that it needs some heat and feels cold, the cat can roll on the concrete to get the extra amount of heat. You can especially see this behavior in cold but sunny weather.

It is a problem when you walk your cat on concrete on a hot summer day.

The concrete soaks up a huge amount of heat, and the temperature generally becomes quite higher than the surroundings. If you try to walk your cat on such hot concrete, their paws can get burned.

If you do not spay your cat, female cats can roll on concrete to transfer their pheromones to the surface.

It is their sign to denote that they are ready to mate for the season. For cats, being in heat means their breeding session.

During this time, the cat tries to find suitable male cats for their reproduction.

It is why they try to transfer their pheromones to the places where the male cats are frequent. It is the reason why they choose concrete.

Cats are quite aggressive and moody at this time.

However, you should rather keep your cat in the house during the heat. Otherwise, you can always go for the option of spaying. It is overall for the safety of the cat. And you also reduce the chances of producing more strays.

Cats are extremely territorial when it comes to their surroundings.

When you take your cat outside, the territory is much bigger for them to keep in control. It is why they tend to mark their territory and keep other cats away.

You might not be able to sense the almost incredible amount of smell, but it becomes quite clear for the cats.

Your cat might roll over the concrete to keep your neighbor’s cats or other stray cats away from their land.

One other method of marking their territory is by spraying. If you see both of these behaviors near your driveway, it is just that your cat is territorial.

If you have ever taken care of a cat, you know how obsessed they are with their coats. You will either see them sleeping or tending to their coats most of the time.

Sometimes the mere act of licking their fur is not enough for them.

Especially outdoor cats would want something rougher to have a nice scratch under their fur. It is the reason you might see your cat get covered in dirt and plants.

Concrete makes them less dirty than rolling on dirt.

Rolling on the concrete does the same thing. If your cat is doing this regularly to get it under its skin, you should do that yourself by brushing it daily. In this way, they will not end up tarnishing their precious coats in debris and dirt.

Why Do Cats Roll On Their Backs When They See You?

Cats have their unique ways of asking for something. Sometimes it is even just showing affection to you. One of those behaviors is their tendency to roll on their backs whenever they see you. You might think it wants to get cuddles from you, but actually, there could be other things as well.

One of the most common reasons for this behavior is what you think.

Just attention seeking is probably one of the most common reasons for it.

Rolling on their back looks incredibly cute to the humans, and they know that. If you tend to pick up your cat and cuddle when they show this behavior, your cat might do this whenever they want attention.

It also means that they are extremely comfortable around you.

As the belly is often the most vulnerable spot, they are not thrilled to expose it to others. When they perform this behavior, it is their way of saying, “Yes, human, I trust you. But don’t you touch me.”

The other reason can be to mark their territory with the pheromones.

If you see your cat rubbing their forehead on the floor while rolling over, they are transferring their pheromones to the floor.

Even though they don’t need to share their space with other cats, they behave anyway.

Rolling is also one of their behaviors when they are in their mating season or tripping on catnip.

Whatever the reason, rolling on their back is an extremely sweet gesture, and you should accept it however you can.

Why Do Cats Roll Around In Dirt?

All outdoor cat owners have come face to face with their cats covered in dirt and debris.

Some cat owners often reported their cats completely changing colors due to the dirt. You can only imagine what dirt does to the pristine white cats.

Anyhow, the cats sometimes need something rougher than their tongues to scratch under their fur.

It is the reason they tend to roll over dirt and feel the roughness on their skin.

If you observe this behavior, it is best to appoint some time in the day to brush their coat.

It not only reduces the chances of finding fallen hair every hair, but brushing can also lead to your cat not tarnishing their coat in the dirt.

You will often find outdoor cats rolling on dirt, concrete and scratching their body on some plants. In this article, we have gone over this behavior and found out the various reasons.