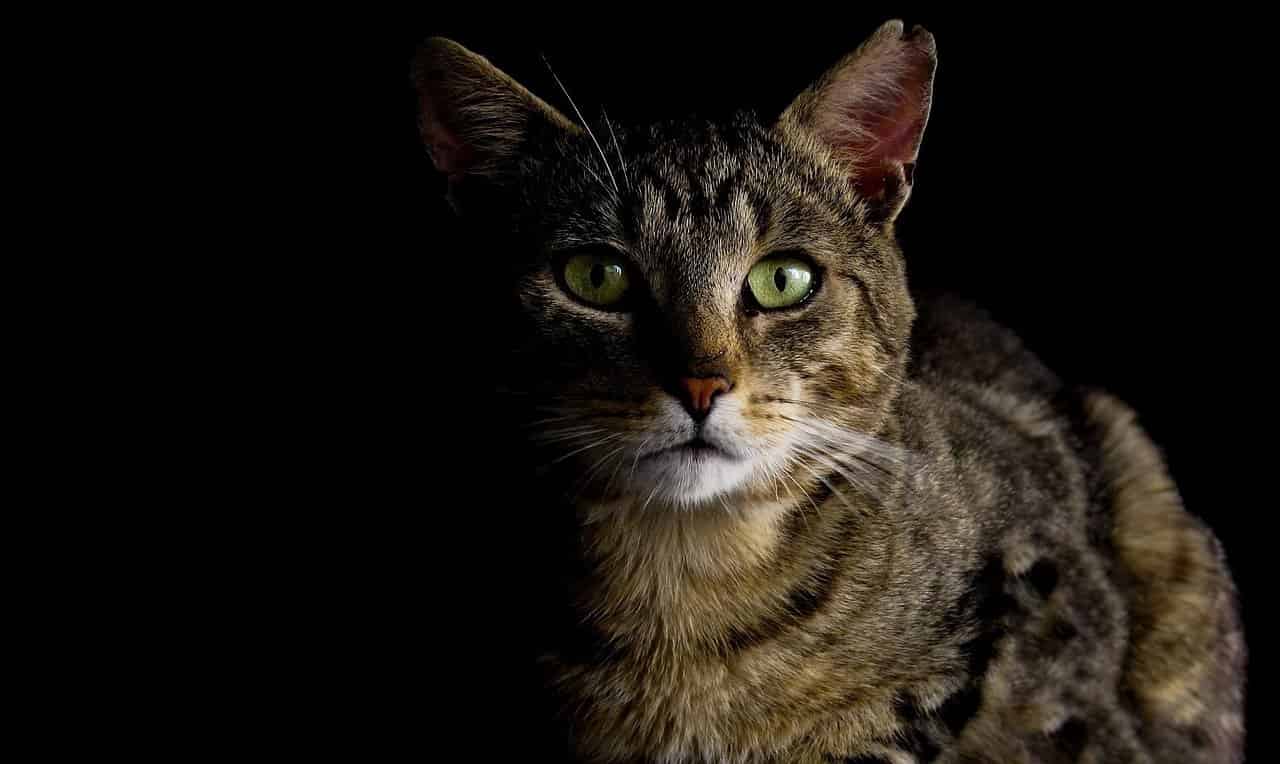 Why do cats make weird noises at night?

Cats tend to be quite vocal, especially at night. Vocalization is an essential medium for the cat to communicate with other cats as well as humans.

Cats are crepuscular creatures, meaning that they are most active during the time from dusk to dawn. Since they become swamped during the late hours of the night, they start to make several noises.

It is probably because they want attention or they are hungry.

However, there are also some other reasons which might compel your cat to howl at night. These reasons include Cognitive Dysfunction Syndrome, discomfort or stress, thirst, etc.

Here are some of the possible reasons behind your cat’s yowls at night. Some of these reasons are quite normal and can easily be changed, whereas others are hard to get rid of:

This condition is also known as FCD (Feline Cognitive Dysfunction), and affects many cats, especially the elder ones.

It is somewhat difficult to diagnose this cognitive disorder as its symptoms are similar to several other feline illnesses.

Some of its symptoms can often be mistaken as ‘the cat being a cat’. Although this condition is prevalent among elderly cats related to the cat’s aging, it can also be found in younger cats.

Cats are nocturnal creatures, which means that they are very active between dusk and dawn. Unlike human beings who need to rest at night and tend to feel tired during the late hours of the night, cats can spend this time without any sleep and can remain very energetic and active.

Cats have an instinct to hunt, which they have acquired from their ancestors.

Since animals of prey can be captured easily at night, the strength in the cat comes naturally. Thus they are awake and active at night, they yowl and make noises to pass their time.

Pet animals are prone to stress, especially when they are exposed to a new environment. It can also be caused if you bring a new member into the family or an abrupt change in its daily routine.

Cats that are under stress or feeling anxious tend to make more noises than other cats. A stressed-out cat feels more discomfort when it is left alone at night.

Since their stress increases at night, they start to make weird noises. If your cat starts making sounds after you shift homes or bring home a new pet, the probable reason behind such a phenomenon is stress.

A female cat usually starts to make sounds at night when they are in heat. These sounds are made in an attempt to find a suitable mate.

If your cat stays most of the time indoors and has not been spayed, sexual activeness could be the reason behind the weird noises made by your cat at night.

It is advised to spay your cat if you do not want the noise to continue. It would also prevent the risk of unwanted pregnancy and the probability of a litter of kittens loitering around your house.

Cats love their fair share of attention they receive from their owners. Since they are very active at night and you are tired, they try to attract your attention by making noises.

They want their favorite person to be around them since they are not aware of your sleep schedule.

Cats also tend to get hungry and thirsty during the late hours of the night. Your cat might make noise to wake you up so that you can provide it with food and water.

Should you worry? If Yes, when?

There is not a very serious need to worry if your cat makes sounds at night. It might merely be hungry or thirsty.

It might also be trying to wake you up so that they can have company. Cats that are not spayed might even make a weird noise when they are in heat.

These are issues that do not bring much concern. You can correct such behavior of the cat through specific methods.

However, if you have an elderly cat, familiar sounds at night might be indicative of dementia. Disruption in their regular sleep cycle is a significant indication that the cat might have started to forget things.

Weird noises at night, along with other unusual behavioral symptoms like staring blankly into the wall, loss of hunger, and sudden aggression, might result from the neurological condition called Cognitive Dysfunction syndrome.

You should only worry when you notice the cat showcasing symptoms of the particular disorder, although it might be challenging to assert ultimately.

You should consult a doctor to confirm its diagnosis further and look for the necessary treatments.

What can you do about the cat meowing at night?

If your cat starts to make sounds at night, there is a good chance that it might be hungry or thirsty. You can keep a bowl of snacks and some water in a place accessible by the cat.

It will prevent them from making noise to demand food and keep them entertained for some time. Sometimes cats also remain active at night if they sleep throughout the day.

Therefore, the cat needs to exercise during the daytime to be exhausted in the evening and have a deep sleep.

If you have a female cat, it is advised to spay them as soon as possible. Female cats make noise at night to attract a male when they are in heat.

Spaying will prevent them from meowing at night and will also avoid the chances of unwanted pregnancies.

But, if your cat keeps making sounds at night regularly, there is a good chance that it might have CDS or some other major disorder.

You should consult a veterinarian about your cat’s problem and seek a solution for it.

The doctor will conduct various tests on the cat to determine a diagnosis. You should feed the cat with the necessary medicine at the right time to control such behavior.

Should I Ignore If My Cat Makes Noises At Night?

If you are sure that the cat is in perfect condition during the nighttime, it is best to ignore your cat completely. It is quite common for cats to make noises in the dead of night to grab your attention.

There can be several reasons for which they can do this, and we have explained them in detail in this article.

If you are sure that you are feeding your cat enough, have access to freshwater, are not feeling too much heat, and are not suffering from any Cognitive Dysfunction Syndrome, it is simply to grab your attention.

You mustn’t respond to them as this behavior is not welcome. If you are answering its calls, they will repeat this behavior from time to time. Hence, it is best to avoid these calls completely.

However, if you observe this behavior out of nowhere, it is best to take the cat to the veterinarian. The vet can rule out any disorder. After that, ignore it till the cat gets tired of it and behaves naturally.

It is not uncommon for cats to make noises at night. They have an instinct to yowl at night, but it can be corrected through behavioral training.

You should take the necessary steps to avoid making noise at night, which includes a change in its feeding and resting schedule, among others.

You should consult a vet if your attempts at correcting your cat’s behavior fail as it might be a symptom of an underlying internal issue.