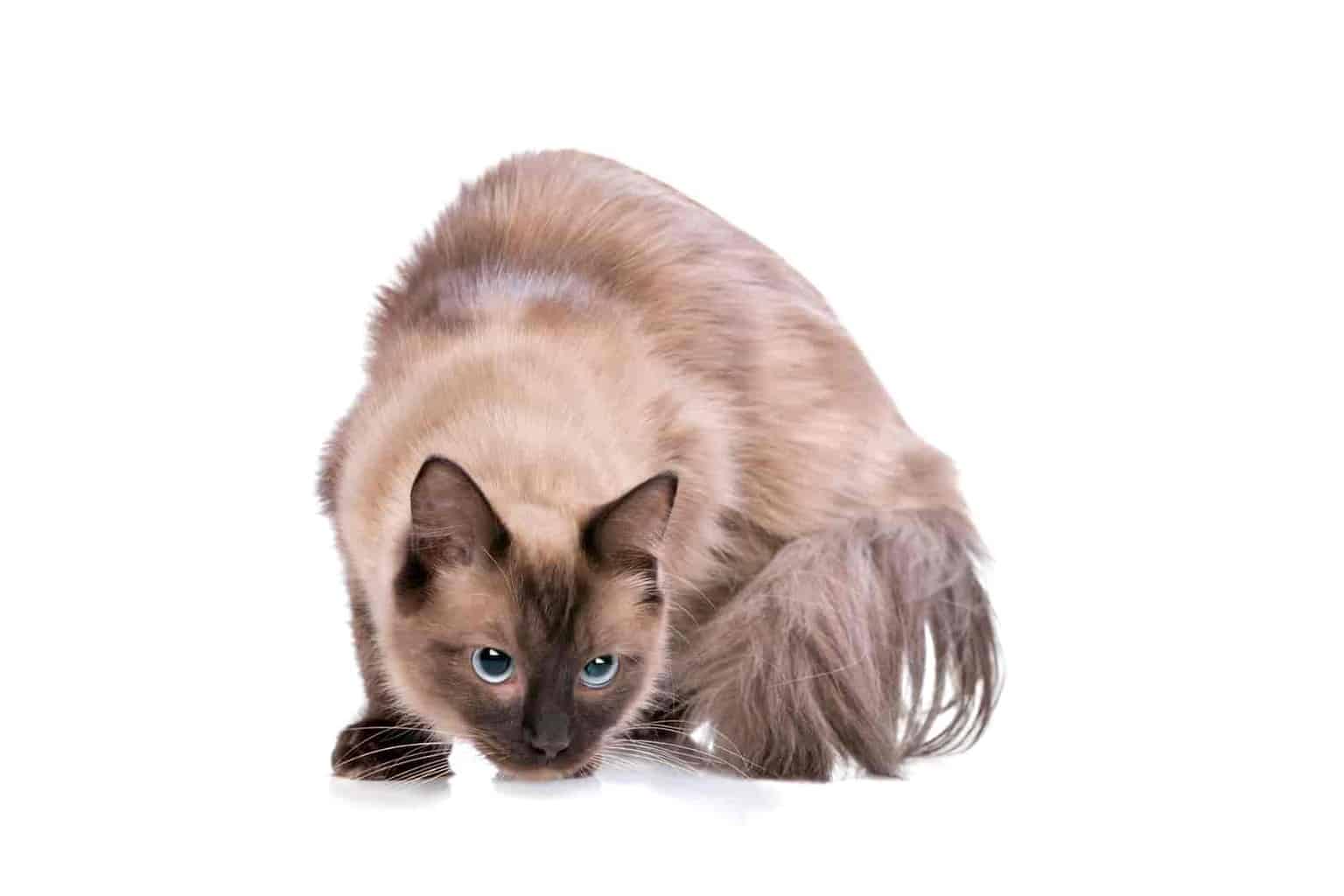 One of the most characterizing properties of Ragdoll cats is that they are incredibly docile and laid back in nature. So, you might be wondering how relevant the question is because it goes against their habits.

However, it is not entirely irrelevant to the Ragdoll kitten because they are pretty hyper in their activities. If you have adopted a kitten, then you might be doubting that statement quite a bit.

So, if you are wondering when Ragdoll kittens calm down, you have come to the right place as we will explore that very question in this article. So, let’s just straight on the address that question in the following section.

In direct contrast to a distinctive personality trait, Ragdoll kittens are pretty hyper.

It is attributed to youth, and thereby, an excess of energy. Ragdolls are very social creatures and feed off of human interaction.

If you happen to be the owner of Ragdoll, you might have noticed that they tend to be in significantly higher spirits when in the presence of a company.

This phenomenon is more when the Ragdoll is younger. Expect a lot of jumping, meowing, and the occasional bouts of relentless chatter that could signify both pleasure and displeasure.

One cannot, however, generalize. Even though certain breed stereotypes are often applied, every cat has an individual personality.

Some kittens, despite perfect health, display signs of sluggishness, while others can go right off the deep end in terms of hyperactivity.

Vets and breeders have stated that a certain degree of animated activity is standard in all Ragdoll kittens, with spikes and troughs periodically.

When do Ragdoll Kittens calm down?

A common phenomenon exhibited by all Ragdolls at a certain age, the kittens do eventually calm down.

Most of the hyperactive tendencies are attributed to age and are not a lasting character trait. Moreover, Raggies are a naturally docile breed, given more to peaceful inactivity than excitable activity.

There is no specific timeline to help ascertain when a kitten might calm down. It happens at different stages for different cats and is usually dependent on age, personality, genes, and other factors.

A rough guideline states that a Ragdoll kitten calms down by the time they are one or one-and-a-half. By this age, they have exhausted the excess of energy and have learned to navigate their lives better.

They no longer go haywire over just about anything and instead conserve energy for certain select occasions or items- like toys, a laser pointer, etc.

It is a common observation that kittens who peak earlier also tend to turn calmer earlier. A very rambunctious kitten is more likely to show early signs of composure and docility.

How to calm a Ragdoll kitten down

There are a few different methods one can employ to set about calming a kitten down.

Ragdolls are famous for their attention-needy disposition.

They like human company, enjoy social revelry and are reassured by physical shows of affection. An excellent way to calm a kitten down is to shower it with attention and affection. Long periods of perfunctory care are liable to turn it cranky.

They turn to entertain themselves and often wreak havoc around the house.

A common saying in the cat-owning community is that a Ragdoll kitten can never have too many toys.

Toys keep a cat, any cat, adequately engaged. It also helps train them to concentrate, focus and is a good tool for developing motor and mental skills.

The key is to include various toys and games and keep changing the routine so as not to induce boredom.

This process, when carried out well, turns a kitten noticeably calmer.

Anxiety is one of the main contributing factors behind a hyperactivity. Some cases have even shown a transition into hypertension.

Several things can trigger anxiety. It is essential to survey while your cat is young and determine which objects, sights, or sounds are potential triggers.

Once identified, ensure that the triggers in question are not around when the kitten is feeding or sleeping.

Routines are essential, even for animals. They work best when put into effect from an early age.

A scheduled feeding and sleeping pattern for your kitten works wonders, even if the results might be a little slow to show.

5. Interaction with other animals

It is also vital for your cat to feel safe around other cats. Chaperone these interactions. Discourage animosity and set up a few ground rules that all the animals present have to follow.

6. A sense of independence

Even though you can restrict a pet to one kind of environment, kittens need to feel a sense of independence.

It starts early, with the kitten figuring out its surroundings. Give it time to acquaint itself and navigate alone. Do not rush it or force things.

In conclusion, Ragdoll kittens follow a similar trajectory from hyperactivity to composure with some deviations attributable to differences in personality.

There is no need to panic or worry, and it is important to let things take their natural course of action.

In the meantime, do your share of the research, be vigilant and protective, and most pertinently, allow your kitten to enjoy itself!