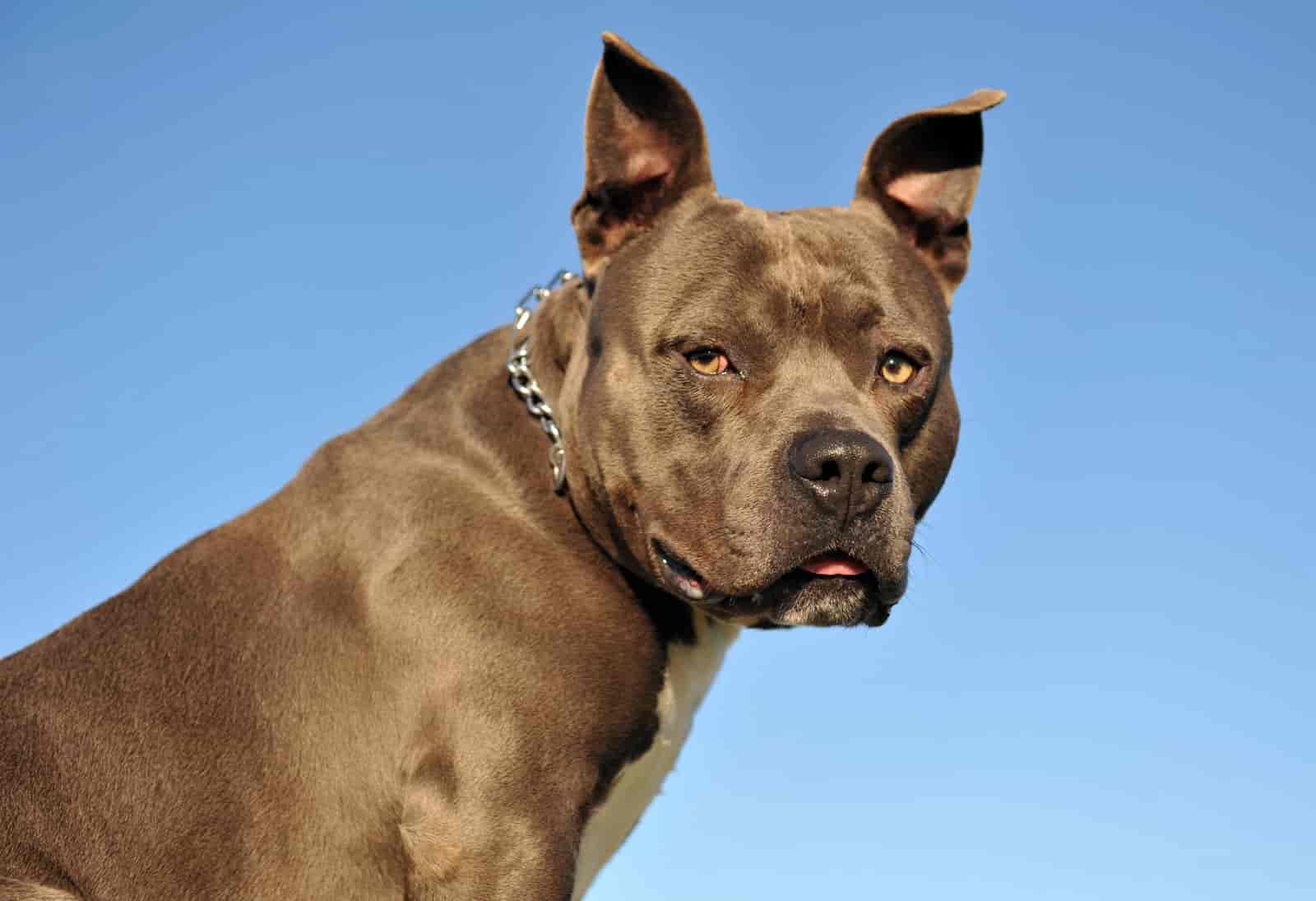 If you are curious about knowing whether Pitbulls are dangerous or not, then you are in the right place. We all know the corrupt history of Pitbull and are aware of how aggressive they can be.

But, what we do not know is any dog can be dangerous if you train them poorly.

Then why do only Pitbulls have a negative reputation? Some common facts present Pitbulls as one of the most desperate breeds. So, here in this article, we try to pen down every possible reason that makes the dog dangerous.

Reasons Why Pitbulls Are Dangerous

Pitbulls can be dangerous if you do not train them properly. They have aggression and temperament in their instincts. Only strict guidance and training can tame their wildness.

Apart from this, there are other reasons also causing the Pitbulls to be one of the most dangerous dog breeds in the world. Below we have shared some of them.

You probably do not know, the natural bite type of a Pitbull is different from other pups. They hold on to something and shake it until you distract it from the prey.

But, it is a myth that Pitbulls clasp their jaws while biting. Pitbulls indeed have very sturdy jaw muscles, and they attack the prey differently.

Yes, the driving and shaking style of Pitbulls make them dangerous.

But if you think it is impossible to get away from their grip, then you are partially true.

They have a powerful grasp and harmful bite style. Pitbulls generally have a unique style of grabbing and shaking. That makes people think it is impossible to escape from a biting Pitbull.

Even though this bite style can be dangerous for both people and animals, there are ways you can save from those situations.

Again, training is vital in the case of a Pitbull, as they have an aggressive bite and attack style.

In the case of a Pitbull, even after training and socializing it for years, you still can see some traces of aggression and temperament in it.

So, now you have a clear idea of how a Pitbull will become if it gets improper training or no training at all. Lack of guidance can trigger their hostility and make them more vicious than ever.

Other things can trigger their aggression. Seasoned Pitbull owners always say the dogs can turn out more ferocious in the wrong hands.

Actually, in the case of Pitbulls, the treatment of the adopters towards them shapes their behavior.

If masters mistreat their dogs or become violent with them, the Pitbulls can turn out belligerent.

So next time when you see an aggressive Pitbulls with temperament issues, do not blame the dog. It is the owner who deserves all the blames and dislikings.

It is vital to treat an animal with respect.

We often think only human beings deserve respectful behavior, but that is not the case.

Even an animal expects you to treat it with respect, love, and affection. The absence of adoration in your tone and poor training can result in a Pitbull with wild natures.

Violence is in their DNA

Pitbulls indeed have violence in their instincts. That is why a poorly-trained or untrained Pitbull can quickly get aggressive and attack people. So if you try to find the reason behind this temperament issue, it could be the violent nature.

Also, as the owner of a Pitbull, you probably have to deal with this issue.

The best way to eliminate all these problems is to start the training session from the first day you bring the dog home. Also, never leave a chance to teach it proper behavior and apt manners.

Holds the legacy of fighting

Around the 19th century, dog breeders from the United States of America crossbred two species of dogs to get a fighting dog.

They got Pitbulls that came with sturdy athletic frames, intelligence, massive strength, hostility, and temperament.

To sum up, Pitbulls had all the features an ideal fighting dog should have, and dogfighters misused the qualities.

So, the training they received back then is passing to the next generation through the DNA. As a result, Pitbulls naturally fight for their owners, be it a safety reason or an entertainment purpose.

A wrongly-trained Pitbull is more aggressive than a non-trained one. So, even after training, if you notice no improvement in the hostile behavior of the Pitbull, chances are the loopholes present in the training method.

In that case, contact professional Pitbull trainers, as they are the best to examine the dog’s behaviors. Any delay in this circumstance can make the situation hard to manage.

Do not take an improperly-trained and aggressive Pitbull lightly, as they can do serious harm to anyone in the household or outdoors.

So, it concludes that wrong training can also be a factor that triggers the wildness of Pitbulls. Also, it is needless to say that a wild Pitbull can be too dangerous to be a domestic animal.

Do not instantly retreat

Dog breeders developed Pitbulls in a way that they even fight to the death in many circumstances.

The arrangers of those illegal dogfight shows or the bettors were so cruel that they even killed or abandoned the weaker Pitbulls. These Pitbulls could not continue the fights to their death.

If we set aside the cruel part of this topic, there are still some questions left unsolved.

How does that ancient history from the 19th-century influence a modern Pitbull to become dangerous? The bettors abandoned or shot the canines that did not compete well in the dogfights.

That is why, through evolution, modern-day Pitbulls never retreat during a fight. It is their instinct that makes them always ready to fight.

Yes, if you do not train or poorly train a Pitbull, it can be dangerous. Like any dog breed, poorly-trained Pitbulls can seem very dangerous as they do not know how to behave with people or other animals. A recent study has published a statistic that will shock any Pitbull-lover. It reveals data showing that out of 63% fatal dog attacks, 51% are from Pitbulls.

So, it concludes that Pitbulls are dangerous. They have aggression, temperament, and an attacking tendency in their DNA.

So, do we need to keep a safe distance from Pitbulls? Or, is it even safe to have a Pitbull as a pet? To your surprise, Pitbulls can become one of the most loving and affectionate dogs after proper training and socialization.

So, if you plan to have this cute pup for you and your family, commence training from the very first day.

Also, remember Pitbulls already bear a negative reputation which they do not deserve. There are so many misconceptions and myths about them.

Most people think they are attacking dogs, but this is wrong. Every canine has its wild instincts within them. The only way to tame those behaviors is training and socialization from an early age.

If you teach your pups the behavior you want from them from a young age, they will turn out to be ideal dogs. So, next time, while picking up a dog from a shelter, do not become picky.

It is because, in the wrong hands, Pitbulls become dangerous. On the contrary, if they get an affectionate master and proper training, the dogs can be the most loving breed ever.

We hope that our article has given you precise information about the possible reasons behind the dangerous quality of Pitbulls.

You can curb all this vicious nature only through proper training and socialization.

Also, the moment you commence guiding the Pitbulls, they start flourishing their soft and emotional side more than ever. Strict, regular disciplining can turn a dangerous Pitbull into an affectionate and caring animal.