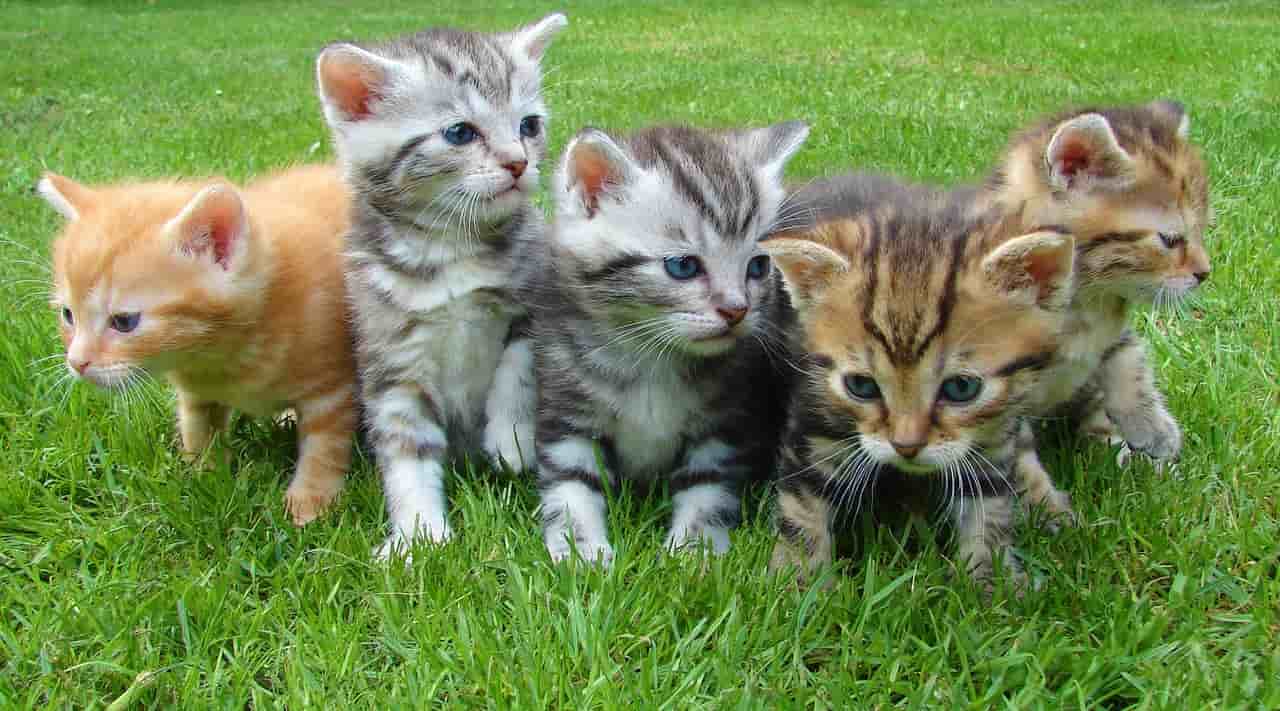 If you have multiple cats & are planning to move to a new house or place, you need to take care of certain things so that your pet can adjust their routine & make themselves comfortable.

In this article, I am going to share my tips on moving with multiple cats as I have done that many times & did lot of mistakes.

This article is a combination of my failure and learning & managing my cats while I moved to different home & places.

​Moving to a new house is one of the most exciting parts of adulthood. Moving in as a single adult to a new home is a huge accomplishment. Even more so for a growing family.

​But, as exciting as it can get, there is still a phase where it could feel unsettling. If humans can feel that, so can felines.

And, that feeling is stress fully doubled for them.

Feeling of being unsettled in cats is normal since they are creatures of habit and they aren’t fond of changing their routines.

They get settled by routines, scents, and smells and if anything from those changes, they can get nervous and stressed.

​How to Move with Cats

​If cats could choose, they would prefer to stay where they are already comfortable and settled in.

Inevitably though, at some point in their lives, they have to deal with moving on to a new location.

Transition to the new location could be traumatic for kittens. But, you can make it stress-free and as you do, you get benefits including reducing the risk of fear-based home soiling, too much meowing and crying, hiding, escaping attempts, and aggression.

There are three basic aspects of moving to a new house with cats: Preparing, Moving, and Settling. All three phases have tips you can refer to for a smooth move with your felines.

Make sure you have something for your cats to play around like a scratching post. When they arrive in a new house, they don't like to move a lot. In fact, you will experience the opposite. By letting them play with their favorite toys, you can reduce their fear and anxiety. I use this one for my pets ( budget friendly ) & it works like a charm.

​Boarding your cats for the actual move is helpful. This step removes the risk of your tabby escaping and running away through open doors during the boxes loading process.

If the new place you are moving to is not too far away, it can help to have the new home set up before you arrive for the move so that your cats will be able to explore the layout without confusion.

​Get them used to the pet carrier

Be ready with a pet carrier like this for each tom. Make sure they are open and accessible for several weeks before the move. This allows them to get used to the smell and size of the carriers making them familiar with it on moving day.

Before the move, make sure vaccinations of these felines are all up to date. Microchipping is also best done before the move if you haven’t already done so.

The stress in cats during the move may cause them to run free and when they do, the probability of getting reunited with the are slim to none.

Be sure to get copies of your felines’ health records so that the vet at your new location will have a reference for how to deal with your fur babies. It is also the best time to ask your vet about pheromones in case you are worried about your cats’ response to the chaos of packing and moving.

​Keep their routines as normal as possible

​Preparation for the move may keep your hands full but, remember how cats’ lives rely on habit and routine. Therefore, keep your kitten’s daily routine as normal as possible by still giving time to play and feed on a constant schedule.

​1) Keep your cats from sprinting out the door as your movers are coming in and out of the house. Keep them safe in a bathroom with doors closed, but with food, water, bed, and litter box. Make sure to leave a sign at the door to keep it closed.

​2) Feed them with tiny portions during breakfast to reduce stomach upset during travel.

​3) During transit, fight the urge to open the carrier to soothe them. The move itself is already scary for them and they might dash out the moment you open the carrier door. Only do so in a secured area and when really needed.

​4) Keep a roll of packing tape just in case the carrier needs emergency repairs as you go along.

​Settling into the new home

Immediately bring your cats to a room that will keep them safe and relatively quiet. This is where they can get the time to observe the environment, how it sounds and how it smells. Before opening the carrier, make sure to set up everything they need from cat food to water dishes, to bed, to scratching pads.

Position some cat treats around the room to inspire and encourage them to explore. Make sure this room is free from open electrical sources, tiny objects they could swallow, fragile items they could break.

​Keep the cats in the safe room for the first few days until you notice that they have become used to the sights, sounds, and smell of the new house. This will lessen their overwhelming feeling.

Having them in one room also helps them find the litter box ( this one is my favorite ), food, and water easily.

​Get back with the routine

​Try to keep the same routine as you have from the previous house in his safe room. This will help them gradually embrace the feeling of the safe room and become braver in exploring what’s beyond it.

Spend time to play or simply be alone with him. If you notice them trying to explore, offer your help, and give them treats accordingly.

Before releasing them from their safe spot, make sure the house is cat-proof. Keep away electrical cords, plug nooks up especially those where a cat could get stuck. Make sure that the windows have secure screens.

Remove any unfamiliar houseplants as they could be poisonous for your kittens. Confirm that there are no pest-control or poison traps set anywhere in the house.

​Going beyond the safe room

​When the hustle and bustle of unpacking stuff are over, slowly and steadily give your cats access to the rest of the house, one room at a time. If some doors can’t be closed to limit their access, be sure to closely supervise them as they go with their exploration.

Put up a second litter box on the spot where you will want to keep one permanently. But, still, keep them available in the safe room for at least a few more weeks. Once the cats have settled in, then you may remove the one in the safe room.

Another way is to gradually move the litter box from the safe room to the spot where you want it to be permanently. Move it maybe 5 to 10 inches every day until it reaches your target spot. This way, the cats won’t lose track of where the litter box is.

At this point, keep the cats indoors in the meantime. Allow them to grow confidence to go beyond the safe room and the house. Let them explore the house while keeping the doors and windows closed.

Keep them indoors for at least a couple of weeks to a month to ensure they have built up a smell profile that will help them find their way home.

​After a while of getting used to inside the house, the next step is to introduce them to the outside. But, before allowing them to go outside, be sure that they had their usual meal time to help them tempt home.

Keep the doors open and go outside with them. Let them out with you for not too long and over the course of a few days before completely allowing them to run freely on their own.

It would be ideal that they are micro chipped so in case of accidental separation and they get lost, they can be identified and returned to you.

​Words of Caution as You Move With Your Cats

​1) If your cats are microchipped, be sure that the phone numbers listed are up to date before moving.

​2) Be wary about letting your cat unsupervised in the kitchen or in utility rooms. Nervous and stressed cats often find refuge in narrow gaps behind appliances and places where there could be electrical wires exposed.

​3) Windows are ideally screened before allowing cats to roam free. You would not want them wandering out on a loose window when they try to explore.

The process of moving into a new house with one or multiple cats is precisely the same. But, it may vary upon the relationships between your cats, you may either keep them in the same room or separate rooms as you acclimatize them.

If they get along well, then it can work that they be in the same room together. Otherwise, move them to different rooms as they try to familiarize themselves in the new territory.

Hi There, AK Oren here. I am the founder of this amazing pet blog & a passionate writer who love helping pet owners to learn more about their pets through my articles. I am also content manager of this blog. I have experience in pet training and behavior, sheltering, and currently working for a veterinary clinic.