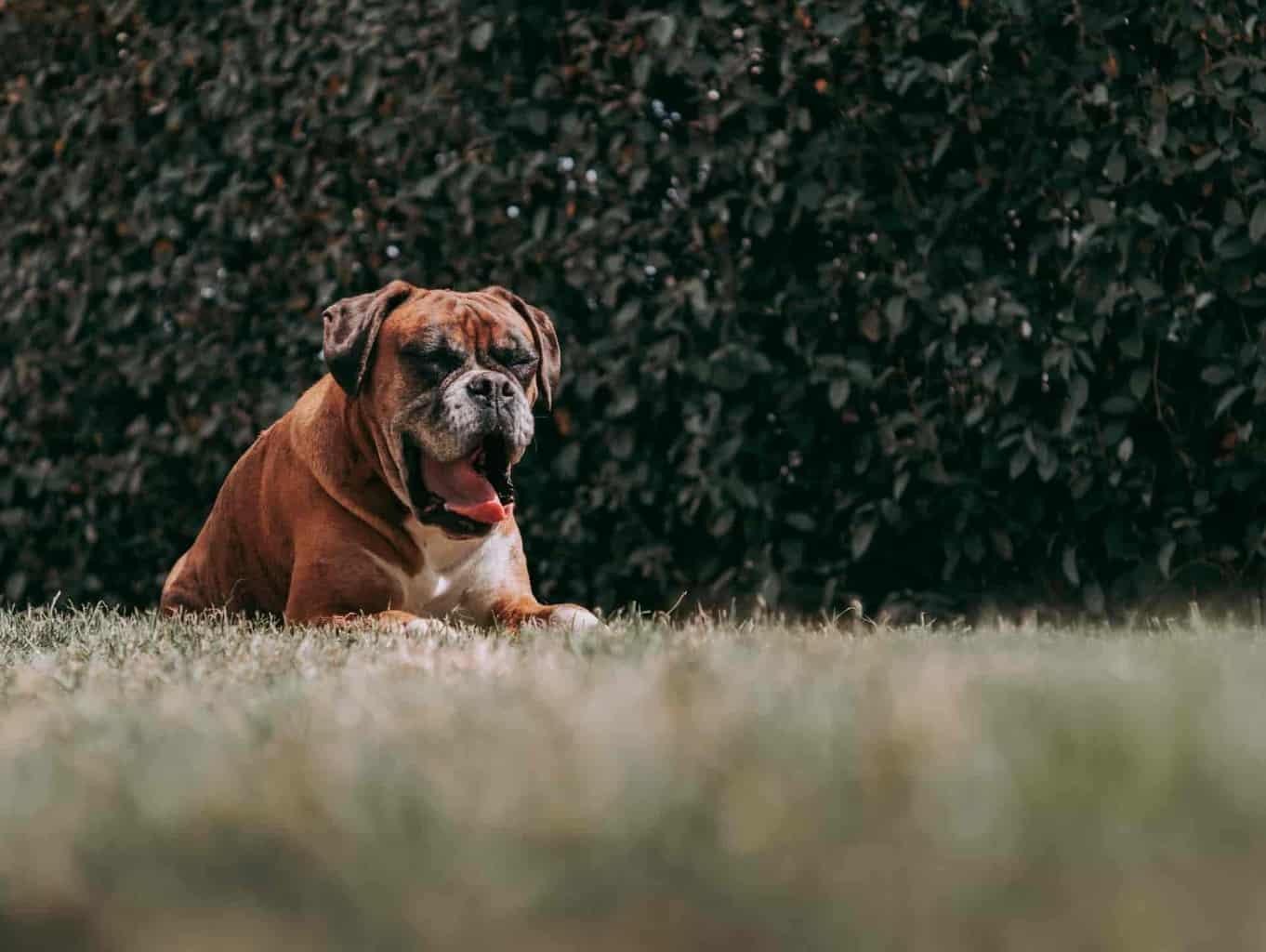 Pitbulls are like a bundle of joy. Whether you go in front of them, they will lick your face, cuddle and snuggle you out of affection. It is surprising how an aggressive, dangerous dog-like Pitbull has so much love, kindness, and care within it.

But, dog-lovers opt for Pitbulls because not only do they bring happiness to lives, but also the pups can protect you from danger.

If you want a guard dog to either protect your family or your property from intruders, then well-trained Pitbulls are the best choice you have.

How to make a pitbull protective?

Even though Pitbulls naturally act as a protecting shield to the person they love, train, and socialize with, they serve as guard dogs. Pet owners generally bring Pitbull puppies home to raise them as protective dogs.

It is because Pitbulls as watchdogs can provide you ultimate safety. So, if you feel unsafe or protect your family from every possible danger, train your Pitbull to make it protective.

If you sense any danger from strangers or intruders, training a Pitbull puppy is one of the most effective solutions you have.

Pitbulls indeed feature almost every attribute of a guard dog, and proper training and guidance highlight these protective characteristics.

Appropriate training also makes Pitbulls disciplined pups who will obey every command of their masters.

However, we all know Pitbulls have a reputation of being strong, sturdy, and athletic animals with the right amount of intelligence, knowledge, and patience.

So, strict and regular discipline from an early age will help you to shape the puppy into a loyal protector.

Below we share some common and effective ways to make Pitbull protective.

But, before checking out, remember proper training can make Pitbull a good watchdog; incorrect disciplining can turn them into a dangerous pup.

Teach your Pitbull to become obedient

The first and foremost step you need to follow is turning your mischievous Pitbull puppy into an obedient little one.

When you want your Pitbulls to become protective, you need to start the training session early.

Although you can discipline an adult canine to become a guard dog, this process does not always ensure the best result.

So, commence guiding your Pitbull from the very first day. Teach them to obey your commands from the very day you bring them home.

A protective dog needs to obey every command of its masters. So make sure your Pitbulls follow all your obedience instructions, such as sit down, stand up, and lie down.

A protective mongrel should obey your order promptly. Also, ensure after a few days of training, you do not have to use the leash to make it docile.

Teach your Pitbull when to bark and how much aggression it should show.

A well-trained watchdog does not attack; only barks towards a potential threat. Also, make sure your Pitbulls immediately follow the command to retreat, such as leave it or back off.

Often the pet parents of Pitbulls think that socialization can prevent the dogs from being protective canines. But, this is not the case.

Since Pitbulls have a natural protective instinct, you do not want your dog to attack or bark towards every unknown person or animal it sees on the way.

Also, socialization makes your Pitbull familiar with the surroundings and helps them curb fear from every unfamiliar object.

Kick start the socialization session when your Terrier puppy is only two months old. This early beginning will provide you the best result.

The earlier you start teaching your Pitbull about the surroundings, which stranger is good, and which one can be a potential threat, the better it serves as a watchdog.

As the sensitive socialization period of Pitbulls extends up to about the age of 16 weeks, start going out with them before they turn four months old.

Socializing a Pitbull is not a strenuous job, as the learning process takes place every time you take the dog for a walk. Also, let them go nearer to any strange or unusual object, as it will help the Terriers to curb nervousness and fear.

Teach them how to recognize a suspicious object or person. Also, make sure that they can differentiate usual pedestrians from possible invaders or attackers.

Need to learn when the alarm bell rings

If you want to make your Pitbulls protective, teach them when they should bark and at what time they need to defend you.

The lesson is a must for a good watchdog. In this method, always insist on the ‘barking’ job, not ‘attacking’ one. You do not want your pet to attack anyone aggressively.

So, first, encourage them to bark while approaching a stranger.

Remember, well-trained protective Pitbull bark to fend off the intruder and attack, only if you command. Also, teach your Pitbulls to stop barking immediately on order.

Now come to the ‘attacking’ phase of training, where your Pitbulls need to learn to defend their masters.

Since Pitbulls have a natural hostility, temperament, and fierceness within themselves, their attack can even lead to death.

So, teach them how to approach a potential danger confidently while barking without attacking physically. Do not worry. A growling Pitbull with anger can scare even a brave heart.

Teach them the limit and retreat

It is the most important lesson your Pitbulls need to learn to become good guard dogs. A protective dog approaches a stranger to guard his master if he senses any danger.

But, the terrier should know his limit and back off promptly on command.

It is vital as you do not want your pet to bark constantly. So, during the training and disciplining sessions, make sure your Pitbull retreats instantly on command.

In the case of Pitbulls, you can teach them to back off by the following procedure.

As Pitbulls are dangerous and ferocious dogs, they can show the tendency of biting while defending themselves.

Before becoming a well-trained protective dog, they can show this behavior. So, whenever they try to punch their teeth into the skin, command them to leave it or retreat.

However, when we say about setting the limit, we also mean setting the boundaries. Since Pitbulls are territorial dogs, they fix their territory even with the help of their urine.

Teach them to know their margins and approach anything and anyone only if it comes within the marking. Else, your Pitbull can bark at anything or anyone that comes even meters away.

Treat your Pitbulls after doing a great job

Pitbulls are forever childish. No matter how much they grow up, they remain puppies in their mind.

That is why Pitbulls expect rewards or small treats after doing something good. It also helps you to develop their loyalty and confidence.

Often trainers scold them when they do something wrong, but what about rewarding the obedient moments? So, treat your Pitbull whenever it follows your command.

It also provokes them to think that good work comes with rewards. So you will notice a tendency to obey all your instructions in the dog.

But, teach your Pitbull not to accept any treats from strangers or anyone other than you.

The vital qualities a protective dog must feature by following a command of intruders and refusing any treats strangers offer.

If you fail to install all these disciplines in your Pitbulls, chances are they will obey the instructions of strangers for rewards. The bribing will distract them and let the intruders invade your property.

Yes, Pitbulls have a natural protective instinct that makes them always watchful, alert, and on-guard. Pitbulls have the inherent ability to sense danger which triggers them to approach any suspicious stranger aggressively. Their protective nature is also the result of the amount of loyalty, love, and attachment they hold for their owners.

All these emotions provoke them to become defensive and guard their masters against every possible danger. Since Pitbulls quickly develop bonds with their master and the family, they can shield them at any cost.

It does not mean all attached dogs naturally protect their owners, and all well-trained pups have the instinct to attack a stranger if they sense any danger.

But, Pitbulls are different. A protective Pitbull need not always be in an attacking mood.

Often trained and socialized pups guard their pet parents by barking towards the intruders.

Even though the way to protect differs from one Pitbull to another, Terriers generally do not get promptly aggressive towards the potential danger. They usually bark and alert their owners if they sense any danger.

Hiring a professional trainer to coach and discipline your Pitbull can enhance the chance to get the best result. Also, the dog-training expert teaches the dog obedience, defense, and retreat within a short period.

You can also consider training your Pitbull by yourself.

In that case, always keep in contact with an accomplished Pitbull trainer for safety reasons, as they are dangerous dogs.

Also, keep in mind the best age to start training a Pitbull is 2-3 months. You still can discipline a little outgrown dog, which is a more difficult job.