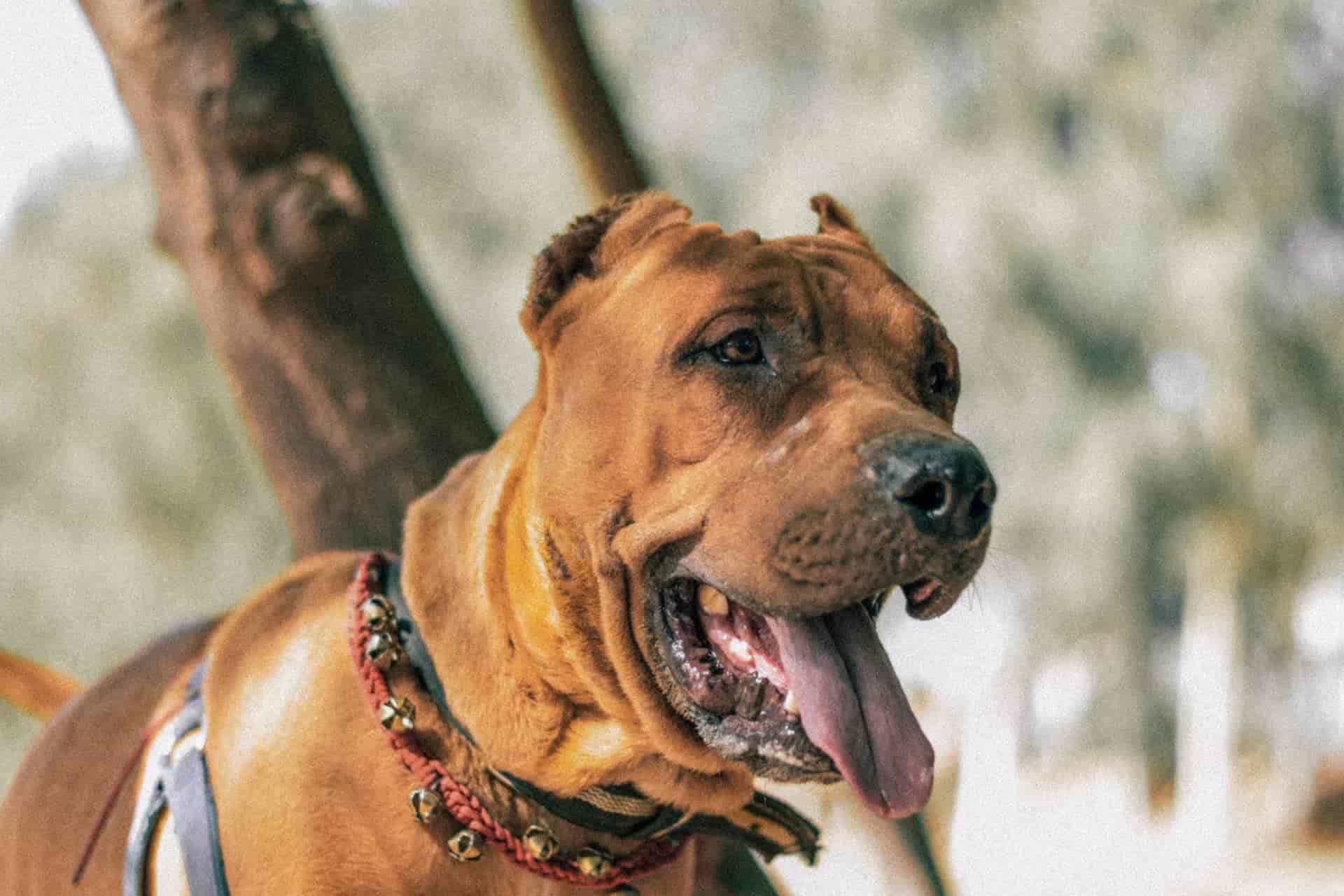 Bulldogs and terriers are the descenders of Pitbulls. The history of the breeding of Pitbulls is very ambiguous. It is a mixed breed and hence has varied characteristics, due to which the American Association of Pets does not even consider it as a distinguishable breed.

Pitbulls are a deadly and vicious breed of dogs, but many people disagree with this. Pitbulls are strong and vigorous, and also their bite can be dangerous.

This article will help you in studying a bite of the pitbull.

We will discuss the strength of a pitbull’s bite and how fatal it can be to a person. We will also try to provide a scientific point of view on the same.

How much bite force does a pitbull have?

A pitbull can have a bite as strong as 235 pounds. The powerful pitbull jaws can apply a pressure of 300 pounds on the area in contact while biting. A human bite is considered to be 120 pounds, so a pitbull’s bite is more than double this number. It is believed the force exerted by the pitbull jaw is strong enough to shatter the femur of a cow at once.

Pitbulls can bite differently in diverse situations. Not all bites are for harm. Dog owners might know very well that dogs bite even in play and love, and we call them play-bites.

A pitbull puppy may not be aware of how powerful its teeth are. It can result in hurtful play-bites.

Always be alert while playing so that your pitbull puppy does not hurt you unintentionally.

If you feel his bite to be pressuring enough, immediately take your hand away. Take care that you do not get any cuts.

A pitbull’s bite can be powerful enough to break bones and tear tissues.

Vets and dog trainers say that when a pitbull is angry and is holding or shaking his head, there is a high probability that his bite in such a situation can damage bones and joints.

Whether the receiver is a human, dog, or any other animal, it might also lead to the tearing of flesh and tissues. You must train your dog well and also learn some tricks to tackle the rage of your pet.

How strong is a pitbull’s bite?

The strength of the bite of the pitbull is around 235 pounds per square inch on average. Many other dog breeds have similar weight and size, like the pitbull with the same bite strength. Many dogs bite stronger than Pitbulls, and there are many myths prevalent concerning the vigorous behavior of the dog, but not all are true.

The pit bull breed has been mischaracterized for years. One of the prevalent beliefs is that they have firm bites and can lock their jaws.

They are considered to be more prone to biting or killing in comparison to other dog breeds. It is not all true.

All dogs within the weight range of Pitbulls have similar bite strength. Many dogs have even powerful jaws like a German Shepherd’s bite force is 238 pounds per inch.

What is the bite force of a full-grown pit bull?

A full-grown bite force of a pitbull measures nearly 300 pounds per inch. They have the unfortunate image of angry dogs who kill babies and puppies. There is no proof to support this statement. Many animals bite more strongly than a pit bull. However, the owner should never take the bite lightly.

A pitbull’s bite with full force can break an adult’s bones or tear tissues.

You should note that a bite will break bones when the attack is violent and aggressive.

There are not many cases where a pitbull’s or any dog’s bite has broken bones. To be secure, the behavioral training of your pet dog is significant.

A study based in the US concludes that 66% of the total fatalities of dog bites were because of a pitbull’s bite. In the past ten years, Pitbulls have been primarily responsible for killing almost 3569 people in the US and Canada.

Most deaths were because of bleeding and head injuries instead of bone breakage tissue tearing. A pitbull’s bite is dangerous because of its strong jaw.

It is nearly impossible for a person to escape from the jaw hold of a pitbull.

When a third person breaks the grip of the jaws can save the receiver from the attack. Due to this reason, Pitbulls have a higher fatality rate even though other dogs have firmer bites too.

What pitbull has the strongest bite

Many factors influence the bite strength of an individual dog.

Pitbull is a generic term that describes medium-sized dogs. All dogs under this category are dependent on physical features instead of genetic traits.

They have mixed features, and more than 20 unique breeds comprise this breed.

Any attempt to assign a bite characteristic to Pitbulls, in general, is a flawed concept. Several breeds and mixes get classified as Pitbulls, and so assigning them as a common character trait is a problematic proposition.

It is used commonly for tasks like inflating car tires to proper pressure and quantifying the force exerted by a dog’s jaws.

Newton is a unit accepted in the International System of units or the SI system. It describes a force that lifts one kilogram of mass to accelerate at a rate of one meter per Second Square.

Researchers have come up with four methods to measure bite strength.

These are geometrical analysis of a dog’s skull, electrical stimulation of jaw muscles, placing electrodes on the dog’s jaws when they chew, and using a transducer wrapped in a treat to attract dogs.

All methods have some advantages and disadvantages. One out of the four gets adopted in different studies.

The geometrical analysis theoretically gives the maximum force a dog can apply.

The data is of less use practically because, in a real situation, no dog will apply 100% force. The electrode method can be carried out only on unconscious dogs, due to which you can collect unrealistic data.

The transducer method where a dog is chewing a treat will give low bite strengths because dogs get relaxed at this time rather than in attacking or defensive mode.

What affects a pitbull’s bite force?

The bite force of the pitbull depends on many factors. Both internal and external factors contribute to the bite strength. Some of these are below.

The bite will become stronger and stronger with the increase in the bodyweight of the pitbull. It is the main factor that determines the strength of the bite of a dog. Many studies show that there is no relation between bite and breed of a dog.

As the weight and size of dogs vary within the same breed, bites will vary.

The weight of a pitbull can be between 30 and 90 pounds. So, the bite force of a 90-pound pitbull will be much higher than a 30-pound Pitbull.

The stronger the jaws and teeth of a pitbull, the more powerful the bite. Medical conditions like TMJ can affect the teeth of dogs, resulting in reduced jaw strength. A pitbull having such conditions can not bite firmly.

It is a comparative analysis between two dogs. The pitbull has a massive skull that will bite more forcefully than a pitbull with a smaller skull.

A pitbull will not always bite with full strength. They do so only when the dogs are angry and feel unsafe. Your pitbull may bite you playfully or in a threatening situation. Bites in both cases vary significantly.

We hope that this article summarized all about a pitbull’s bite. The bite strength, on average, is 235 psi and can vary in individuals.

The strength is strong enough to break an adult human bone and tear tissues. Pitbulls can be aggressive or loving pets. It depends on how human owners train them and want them to be.