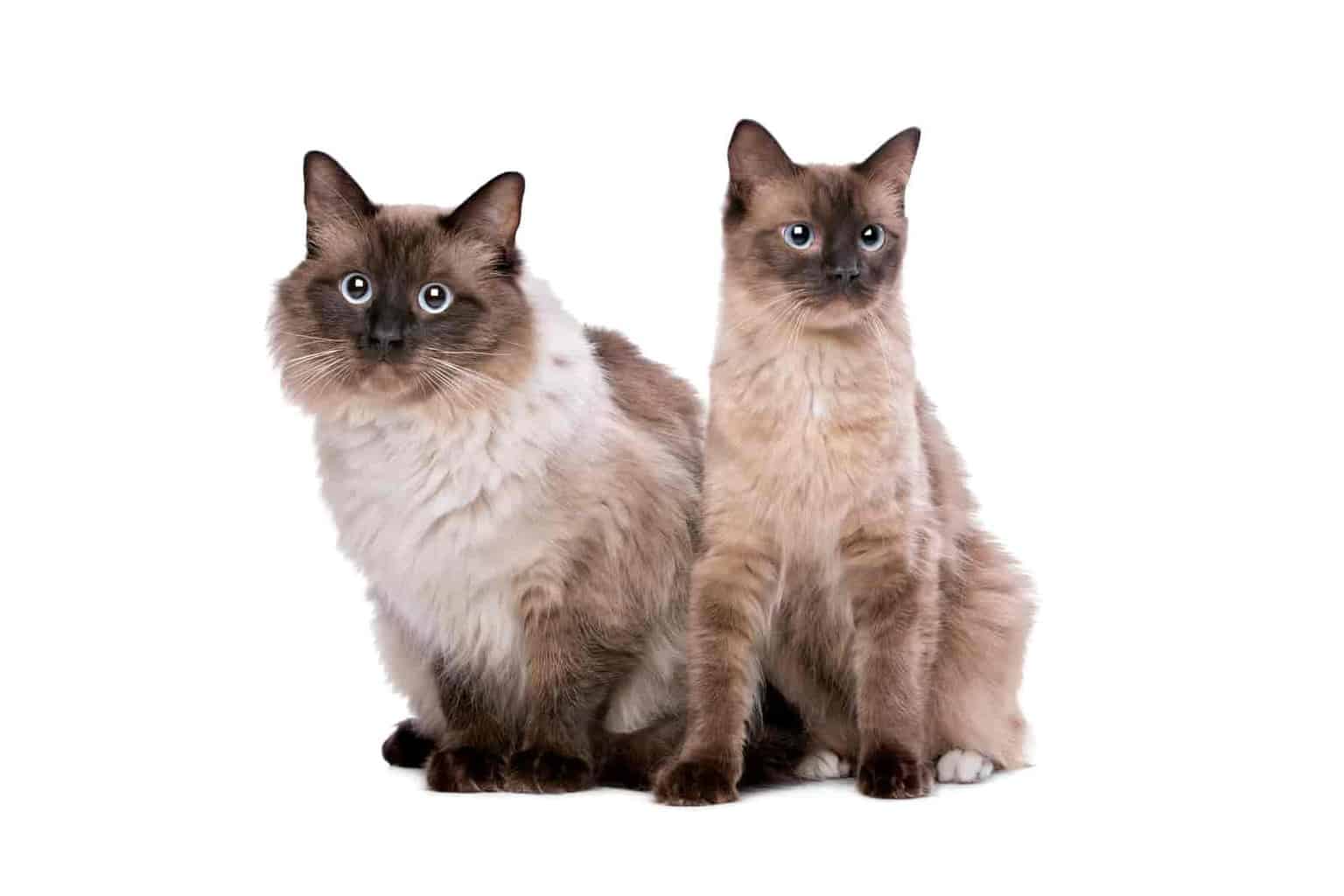 Ragdoll cats might be the most affectionate and affection-loving cats in the world. When the primary reason for breeding these cats was a friendly, loving, gentle, and docile cat, you will easily distinguish between a Ragdoll cat and other cats. But, still, you might be interested to know how you can determine whether your Ragdoll is purebred or not.

There are two ways of determining the purity of a Ragdoll cat. First of all, you can compare the physical and behavioral attributes of a purebred Ragdoll cat. Otherwise, you can have a DNA test to know the purity as well.

In this article, we are going to discuss these methods in more detail. It will also help in knowing your cute Ragdoll cat even more.

How do I know if my Ragdoll cat is purebred?

Before I set about answering the question in the above title, it might be prudent to state precisely the context in concern here.

Pure breeding, from a genetic standpoint, refers to a process of selective breeding.

It results in the creation of a cultivated variety of a particular animal or species. When you record the lineage of a purebred animal, the animal is said to be pedigreed.

A process of improvement and gradual elimination of genetic fallacies and shortcomings, there are a few different ways to know if your ragdoll cat is purebred.

DNA testing, earlier considered unnecessary regarding the animal kingdom, is now increasingly recommended by both breeders and vets.

A DNA test is more than determining paternity/maternity; it constitutes a further analysis that talks about the cat’s breed, health, traits, and habits.

A genetic test can help determine if the cat/kitten in question is purebred or not.

The test will ascertain if its predecessors belonged to the same breed or if there was crossbreeding or the involvement of hybrids. If the cat is from a long line of the same breed, it is purebred without a doubt.

DNA tests detect it quite simply. A small DNA sample is collected and then checked to determine if both parents were free from mutation. An additional reason to conduct a DNA test before purchasing or adoption might have a link to diseases.

Ragdoll cats, even though typically known for a strong constitution, are susceptible to some specific diseases.

One of them is Hypertrophic Cardiomyopathy, which causes the blood vessels to thicken and restrict adequate blood flow.

Another is Polycystic Kidney disease, another genetically predetermined disease.

It tends to surface at a later age in Ragdolls( generally around 7-8). However, checking for warning signs at an early age using a DNA test is by far the most prudent solution.

Determining pure breeding via personality is a vague endeavor- and one that would require a profound basis of knowledge. However, it does tend to be a pretty good starting point.

Ragdoll cats have a unique personality, and checking certain behavioral traits off of a checklist can help one get on their way in figuring out discrepancies or deviations.

Ragdoll cats are known to be gentle, calm, and friendly. Popularly referred to as dog-like cats, Ragdolls or Raggies enjoy the pleasant side of their nature.

It tends to be a bit of an anomaly for most other cats, for cats are never too friendly, barring some exceptions. It does not hold for Ragdolls, who take to people with ease and panache.

A secondary but essential characteristic is the Ragdolls’ sometimes cloying need for attention and company.

They are known to sulk when deprived of adequate quality time, which can often lead to loud meowing and excessive talking as a physical sign of displeasure. [Never ignore these signs.]

An important thing to keep in mind is that even though pliantly flexible, Ragdolls must not be confused for being timid. They are adequately capable of holding their own.

Ragdolls are also smart cats- smart enough to be taught tricks in a relatively short while. Ragdoll owners have unanimously agreed on the need to introduce their cats’ games of increasing levels of complexity.

These felines tire of monotony and are constantly on the lookout for stimulation from the external environment. Monitoring the cat’s social skills and engagement levels is imperative if you use personality as the determining factor.

Following a similar train of thought as in the last point, physical traits can also be used as a guiding path to help determine if a Ragdoll is purebred or not.

It, of course, does not guarantee a 100% accuracy rate but does simplify things greatly.

Ragdolls are a pointed breed, meaning they have a pale body with darker markings around the face, ears, tail, or limbs.

Colors range from seal and chocolate to blue and lilac (yes!). There are three known pattern variations.

A big part of the Ragdoll is their fur.

They have silky coats, soft to the touch and silky smooth. It, of course, calls for frequent and thorough brushing to prevent tangles and knots.

They have light-colored eyes, usually a blue of varying shades.

Ragdoll cats are limber and have a long, agile structure. They reach around 23-28 cm at maturity and weigh between 5-9 kilograms.

They tend to be larger than other cats, so a small size in a Raggie might be an indication that it is a half-breed.

4. Talk with a Breeder

Talking to a breeder is perhaps the quickest way to ascertain lineage. The breeder might have information about the parents, which in turn, is instrumental in charting genealogy.

It might not be a viable option if the cat in question is a rescue or a shelter cat, where a veterinarian might help.

How? It is simple- medical examinations, especially vaccinations, are almost always accompanied by a general info chart containing breed characteristics and vital stats.

It can point you in the right direction.

If all fails and you have been unable to avail either of the above-stated options, seeking professional help is your last resort.

It could be a lot of different things- but most often involves getting in touch with clinics and animal associations.

Official documentation, if available, is an easy and effective resolution to the determination of genealogy.

The TICA, or The International Cat Association, is an international association that works to spread awareness and provide information about the animal.

They are involved in several charity proceedings and medical initiatives.

The organization has a genetic registry for pedigreed and household pet cats and is one of the world’s largest sanctioning bodies for cat shows.

The Cat Fanciers’ Association( CFA) is a 1906- established institution built on the same line of expertise. They are the most prestigious association in regards to cat pedigree registration.

As elucidated in the article, there are a few different methods of ascertaining whether or not a Ragdoll is purebred.

Some of them are scientific methods, while the rest are a matter of analysis and perception. It is generally quite a simple process, without too much fanfare.

A word of advice, performing a DNA test before adoption or purchase is always a good idea.

It aids the anticipation of diseases, health habits, and specific traits. And as the proverb goes, knowledge is indeed power.