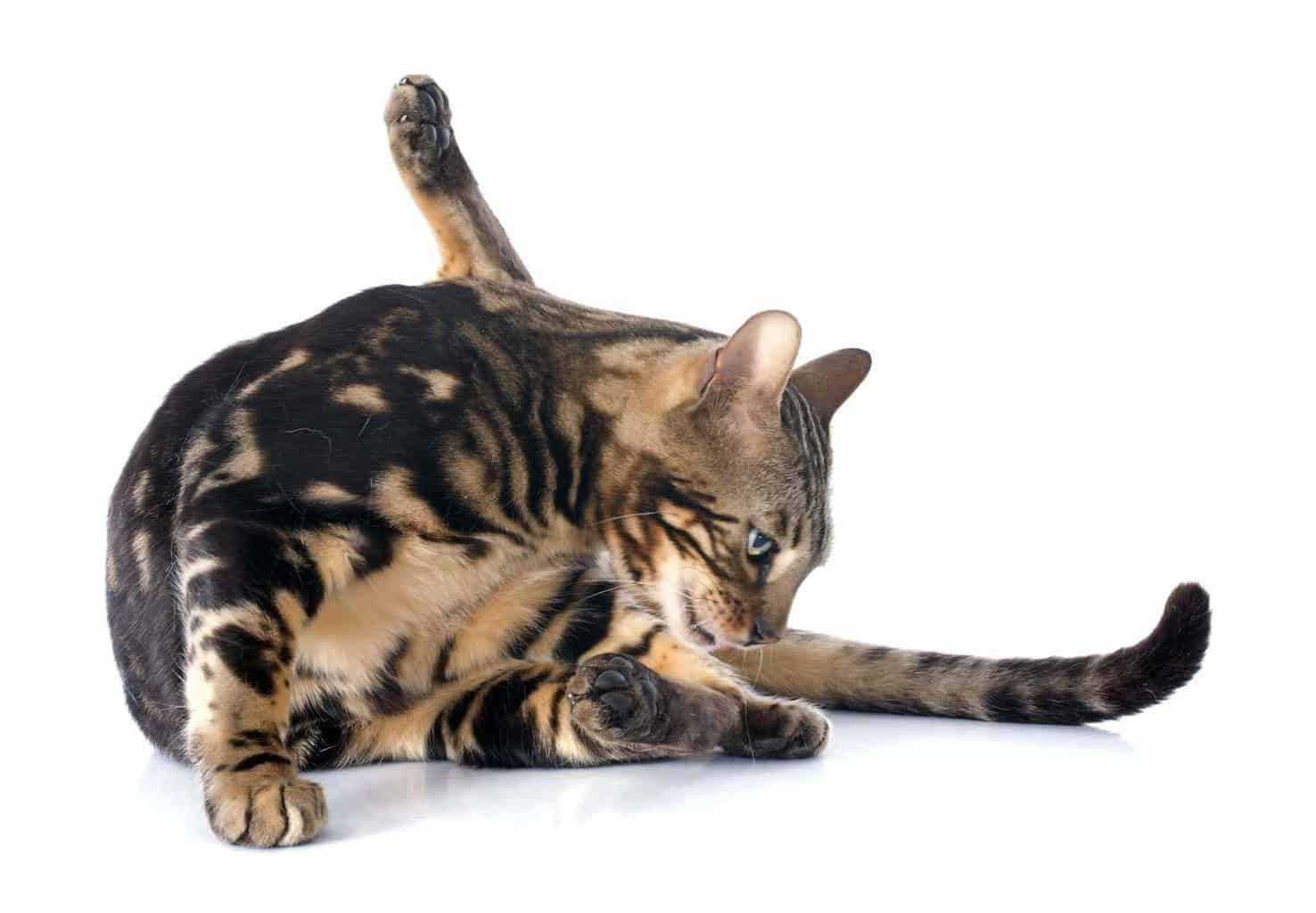 Bengal cats are popular among cat lovers because of their stunning coats and captivating personality. They, like other breeds, have their specific traits and genetic background.

After all, a Bengal is not just any other cat. What is it about Bengali genes that set them apart from other breeds? Answering this issue requires consideration of a variety of variables. We have covered the history of Bengals and the processes leading to the creation of these little domestic leopards in detail below.

What do F ratings mean in Bengal cats?

The Filial scale, often known as the F scale, calculates how far back in time a particular Bengal cat’s progenitor is from the Asian leopard cat. The “wilder” the Bengal will be, the closer it is to the first generation.

A domestic Bengal registered with TICA (The International Cat Association) must be at least an F4. F1-F3 Bengals, by definition, are not as genetically domesticated as their F4 and higher cousins.

However, this does not mean they are not Bengals. Sterilized male Bengals from the first three generations of the species are also F1-F3. To reproduce, only female f1-f3 Bengals may do so.

An SBT (stud book tradition) Bengal is bred to another Bengal for at least five generations, making it a fully domesticated cat. Many Bengals for sale are SBT Bengals, having just a little proportion of Asian leopard cat blood in their DNA.

Although F2 Bengals are more docile than earlier generations, new owners can expect a lengthy adjustment period. Bengal acts more like a dog than a cat and even loves to play fetch.

From generation F4 forward, Bengal tigers are known as SBTs (stud book traditions). F4 Bengals are excellent house pets since they are just one-sixteenth of the Asian leopard cat. It makes them ideal for people who are worried about acquiring a Bengal.

Many casual Bengal owners, like myself, are proud parents of F5 Bengals. F5 Bengal’s look, act, and temperament are similar to the typical house cats. F5 Bengals are just as wild and energetic as previous generations of Bengals, yet they may readily adapt to a domestic environment.

Things to know about F ratings

The number of generations represented by a Bengal Cat’s F grade is present on its pedigree. In this scenario, the first child of an Asian Leopard and a domestic cat will be a Bengal cat with the genetic makeup of an F1 Bengal cat.

The offspring after that will inherit the Bengal cat genetic makeup of an F2 Bengal cat, and so on. Additionally, it provides information on their behavior and general demeanor before they were adopted or used for breeding.

A number represents each F Rating. Hence, the number “1” will signify the generation number beginning with the Asian Leopard Cat. The F1 Bengal Cats represent the first generation of this breed.

They are the first offspring produced as a hybrid and are referred to as the original Bengals. The genealogy of the family begins with F1 and goes until F5. In the beginning, the F1 female Bengals are bred with either an Asian Leopard Cat or a fertile male Bengal to produce F2 Bengals.

What does F1 mean in Bengal cats?

The F1 Bengal possession is against the law in the states of Alaska, Connecticut, Delaware, Georgia, Hawaii, Indiana, Iowa, Massachusetts, and New York.

Regardless of whether or not it is legal, acquiring an F1 Bengal is a challenging endeavor, since these cats are notoriously difficult to domesticate.

Even though rules regulating Bengal cats are seldom enforced, F1 Bengal cats should not be kept as indoor pets since they are very aggressive, spray excessively, and do not use litter boxes. It makes them unsuitable for keeping as pets.

What does F2 mean for Bengal cats?

A Bengal of the F2 generation is produced by breeding an F1 Bengal with a domestic cat. Many people believe that F2 Bengals cannot be tamed, and you should never keep them as house pets.

In most locations, F2 Bengal cats are subject to the same limitations as F1 Bengal cats. These regulations apply to both types of Bengal cats.

What does F3 mean for Bengal cats?

An F3 Bengal is a Bengal result of breeding an F2 Bengal with a domestic cat. An F2 Bengal is the parent of an F3 Bengal. It is important to note that while F1, F2, and F3 Bengals are all the foundation of Bengal cats, trying to retain them as pets might be challenging for their owners.

What does F4 mean for Bengal cats?

An F4 Bengal is a Bengal that is the offspring of an F3 Bengal and a domestic cat. An F3 Bengal is a domesticated Bengal. In certain areas, Bengal cats of the F4 breed are exempt from regulation.

What does F5 mean for Bengal cats?

A domestic cat and an F4 Bengal cat are both required for successful F5 Bengal cat breeding. The F5 Bengal is a domestic breed not regulated in any state in the United States other than Hawaii and New York.

It is important to note that F Ratings may also inform you about the Bengal’s general personality, temperament, behavior, compatibility with other pets, and size.

Everyone has a wide range of F-numbers with varying amounts of ALC. You may also use these ratings to learn more about the personality traits of your Bengal Cat’s offspring if you want to breed your pet. Afterward, you may choose whether or not you want a domestic kitten or a feral one.

Is it illegal to own F1-F3 Bengal cats in some USA states?

Yes, it is illegal to have F1-F3 Bengal cats in some USA States. Some jurisdictions have passed legislation making it unlawful to have a Bengal cat.

However, the majority of states do not actively enforce these restrictions. Only Hawaii fully enforces its prohibition on Bengal cats, making it the only state to do so.

Why are Bengal cats considered to be a nuisance in some states? Because they are the product of a mix between an Asian Leopard Cat and a domestic cat, Bengals are hybrid animals.

Both their parents were both domestic cats. Bengal hybrids from the first to the fourth generation (F1 to F4) maintain a significant portion of their wild character. Because of this, they may be challenging to coexist with and harmful to the local animals if they are allowed to wander free or getaway.

Even though Bengal cats are prohibited in certain areas, you will not get jailed for owning one of these cats.

However, you may be subject to a fine and have your cats taken away if their genealogy falls into the F1 through F4 categories. Even yet, owing to the sensitivity of its ecosystems, Hawaii is the only state with active law enforcement.

Bengals are highly active cats, so it is rare they will become overweight. However, it is still vital for owners to watch the amount of food their cat consumes to avoid health issues that are associated with obesity.

Compared to standard domestic cats, Bengals have bodies shaped just a little bit differently. It is common for Bengals to have longer limbs and bodies, which gives them the impression of being more athletic.

Bengals are a unique and wonderful breed of cat that deserves all the love and attention they receive, which they are eager to remind you they deserve. Bengals are delighted to remind you of their rarity and specialness.