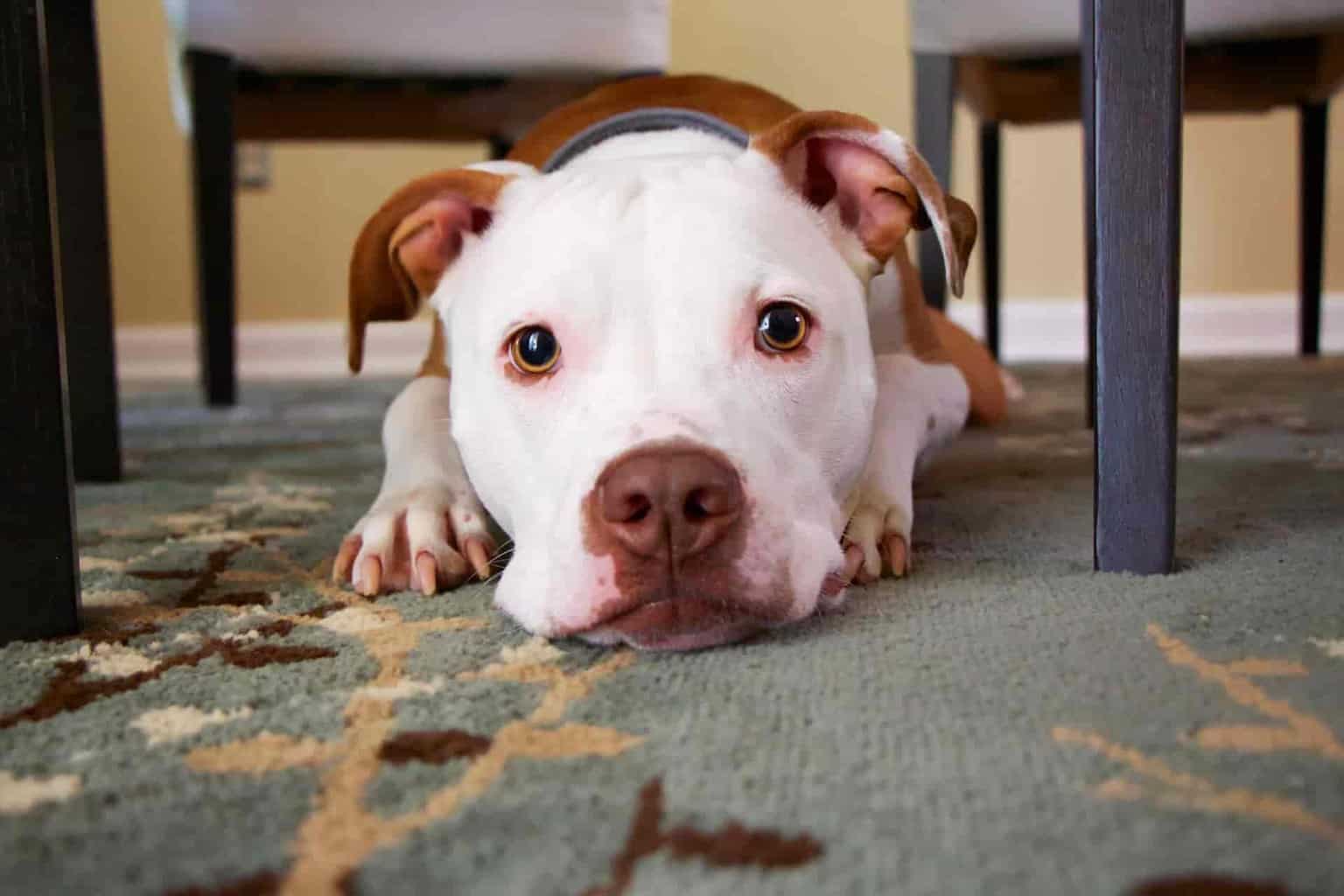 Pitbull is probably the most controversial breed among all the canines. It is needless to say Pitbull is famous for its unique look, strength, and loyalty. All these reasons are responsible for the high demand for Pitbull in the community of pet owners.

Still, there are some traces of controversies over Pitbulls. In previous days, people knew Pitbulls as fighting dogs.

Their bite strength and bite type also aided them to become invincible fighting canines. It is the reason why the willing-to-be Pitbull adopters often ask whether Pitbull locks its jaws when bites. So, let us try to find the answer.

No, Pitbull does not lock its jaws, as there is no such mechanism available. The Pitbull breed is familiar for its stubbornness among all the canines, and this behavioral nature influences every action of them.

If a Pitbull gets determined to attack or bite something, it is difficult to stop or release them. Their bite strength is 235 PSI. Even though it is not the highest, it can hurt someone very badly.

Pitbulls generally hold the prey and shake it. That is why the attack can turn out fatal. As a result, it becomes almost impossible to release the jaw of a Pitbull, and people mistake it as locked jaws.

How do I get my Pitbull to release his jaw?

Many countries banned Pit Bulls as they were the notorious fighting dogs that caused multiple fatal accidents across the globe.

But after the implementation of proper laws and banning dog fights, how many people like to own a Pitbull as a pet.

Even though their athletic frame with aggressive nature can frighten anyone, you can tame this aggression through proper training. In the case of a Pitbull, prevention is always the key.

Training reduces the risk of attacks caused by dogs. If you have a well-trained Pitbull, you will not need to worry about its behavior.

After getting done with the adoption procedure, start training and socializing the dog, even if it is only a few months old.

The sooner you commence training, the better your dog will obey your command. Also, begin the socialization of your pet from a young age.

Often take them outdoors to meet with new people and other animals, so that they will get used to strangers.

Still, after taking all the preventive measures, accidents happen. No matter how much training you provide to your Pitbulls, if they attack someone, they will not easily let the prey go due to their bite type.

But fortunately, there are still some tricks you can follow to release the jaws of a Pitbull if they get stubborn about it. Still, all these methods can put your life at risk, so take every step wisely.

Distract it with a water flow

Pitbull can get into a fight with another dog and can bite the fellow dog with utmost strength.

If you see your Pitbull is very adamant about not releasing the bite, one of the most effective ways you can try is to distract it. We suggest you squirt them with a hose or a bucket of water.

This sudden water flow can distract the Pitbull and make it release its jaws.

Now you can get your pet under control. Even though there is another effective break stick method, we do not suggest it in this case.

This method can harm the teeth of the dogs, as well as the mediator. Check the following point to know about the wedging stick method.

Push a stick into the mouth of a Pitbull

If you ever find yourself in a condition where your Pitbull grips onto an object, or more likely a being, you can try this method. Pitbulls, being obstinate creatures, do not quickly release their bites.

They generally bite and hold the object, unlike other dogs. So, in this case, wedge a breaking stick vertically in the mouth of a Pitbull. It can prevent the dog from biting anything

But, you need to be extra careful while performing this act, as you need to go nearer to the aggressive dog.

Your Pitbull can hurt you at the time you take your arm closer to the mouth of the aggressive dog. Any unfortunate event can lead to massive injury.

If you do not want to take the risk of getting your arm nearer to the mouth of an aggressive Pitbull, you can give this trick a shot. Try to grab the tail of a Pitbull that is biting and holding an object stubbornly.

Do not let it go until the dog releases its jaws. Continue the act until it retreats.

If you commence this approach, lose the grip before, as the Pitbull can turn back and attack you. So, be careful before taking any step.

Flip it on its back

First, try to grab the attacking Pitbull by the rear legs and smoothly yet quickly flip it on its back. It is a slightly risky method but practical too. It causes the dog to lose its center of gravity and balance. But again, any mistake while performing this act can put your life at risk.

Why do Pitbulls not let go when they bite?

Then why does the bite of a Pitbull seem fatal? It is because of the type of their bites.

Their hold and shake bite type casts immense damage on the victim and makes it impossible for the prey to go away when Pitbulls bite.

While most dog breeds with massive bite strength only bite and release the prey, the natural tendency of a Pitbull is to hang on and shake the object. It makes the breed dangerous as the bite can even damage the tissues and the bones of the victim.

There are some cases where even after getting unconscious, the Pitbull did not release its jaw. So, to avoid all these circumstances, train and socialize your Pitbull from the puppy phase and continue the sessions even if it becomes adult.

From the puppy phase, whenever you see your Pitbull biting a toy and shaking it, command it to release the object instantly.

Even a playful shaking can be a potentially dangerous behavior. Since the hold and shake bite type of a Pitbull causes severe damage to its prey, tame the shaking instinct through regular training.