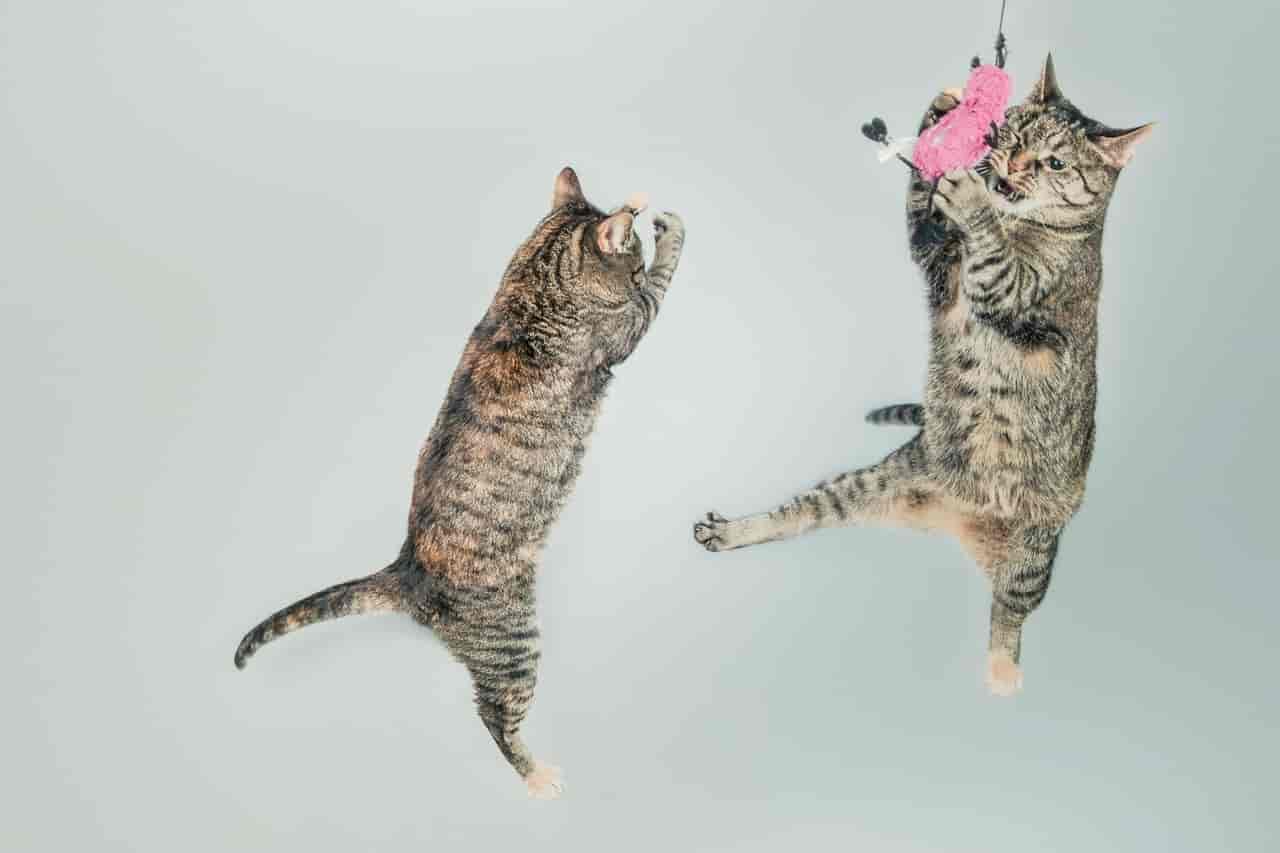 Cats have several weird quirks that can surprise you if you are new to the cat world. They never cease to amaze us with their individuality, behavior, and stunning looks.

Although it is a kitten behavior, you can observe this behavior in an adult cat as well.

In this article, we will explore this behavior and discuss several plausible reasons for this behavior. After that, we will delve more into some of the associated behaviors. Let’s start with the behavior at hand.

What Do You Mean By Cat Sideways Hop?

Sideways Hop is one of the cutest and funniest things that young cats do to show their playfulness. It is not a universal trait of cats, but playful cats tend to perform this often.

In this movement, the cat raises its tail, stretches the legs, face sideways, and arch the back. It may then either move towards you or away from you in a hopping fashion.

It is generally the cat’s call for you to play along. Many cat owners refer to this movement as ‘sidewinding.’

It is commonly not associated with any aggression. Still, a hissing sound or growling may indicate hostility towards a person or pet.

If your cat is playful by showing this unique movement, you can repeat the same movement to play along with the cat.

Why Do Cats Sideways Hop?

There are plenty of enticing things about cats that we can’t explain appropriately with our imaginations.

Sideways Hops are one of those movements which look impressive to anyone but cannot explain with absoluteness. In this section, we will look at some possible reasons for this behavior.

Cats generally get very excited while playing with their favorite human or pets.

And when they do, playful cats tend to perform this act to show their excitement.

It is truly amazing to see your cat hopping around sideways, and you should accept it with all your heart.

This movement can also be a type of defense mechanism from any other animals in the vicinity.

While some cats can use this movement as a defense mechanism, they can also use it for an offense to drive anyone away.

Generally, cats make a hissing sound along with the sideways hops to scare humans or other animals.

Why does my cat arch its back and jump?

When you are just considering arching the back and jump, there can be several reasons behind this act.

Experts suggest that it is one of the most common techniques of scaring other animals and humans around them.

When they arch their backs, they naturally look bigger than they are. Hence, it is probably their defense mechanism towards an aggressor. Arching its back and jump is probably their way of saying, “leave me alone.”

Another reason why a cat might perform this act is being playful. When a cat is comfortable, happy, and playful, it can just prance around with an arched back.

Lastly, this activity can also be a stretching routine. You never know why a cat is doing a particular act. However, if the cat is hissing with an arched back, it is probably in defense mode.

Why do cats hop on hind legs?

There can be several reasons for which the cats hop on their hind legs. It is incredibly harmless in most of the case.

However, you have to know that the origin of this move was somewhat tactical.

When the cats were in danger from predators, jumping or standing on their hind legs will make them appear more prominent. This activity was strictly there to ward off any unwanted animals in their surroundings.

But when the cats are all playful and happy, the cats might be doing this just for getting a few extra brownie points.

Whenever they know that you will feed them or play with them, they will perform this action to get your attention.

Why Do Cats Puff Up?

There can be two reasons for cats puffing up. The first reason can be cold, and cats sometimes puff their coat to hold more air in the fur.

The extra layer of air protects them from cold, and it can be the reason behind puffing up on a cold morning.

However, most of the time, this kind of behavior is visible only when the cat is terrified.

By puffing the fur up, the cats look bigger than they usually are, and in this way, they can scare away their offender. A hissing sound often accompanies this behavior if this is the case.

Cats Sideways hop may have multiple reasons, but in the end, it is most observed amongst young and playful cats.

With time, they forget this behavior and stop doing this. However, aggression and threat often reflect on them in this form.

So, if you see an adult cat doing this with a hissing sound, try to find out the reasons. Give it time, and make it as comfortable as possible.