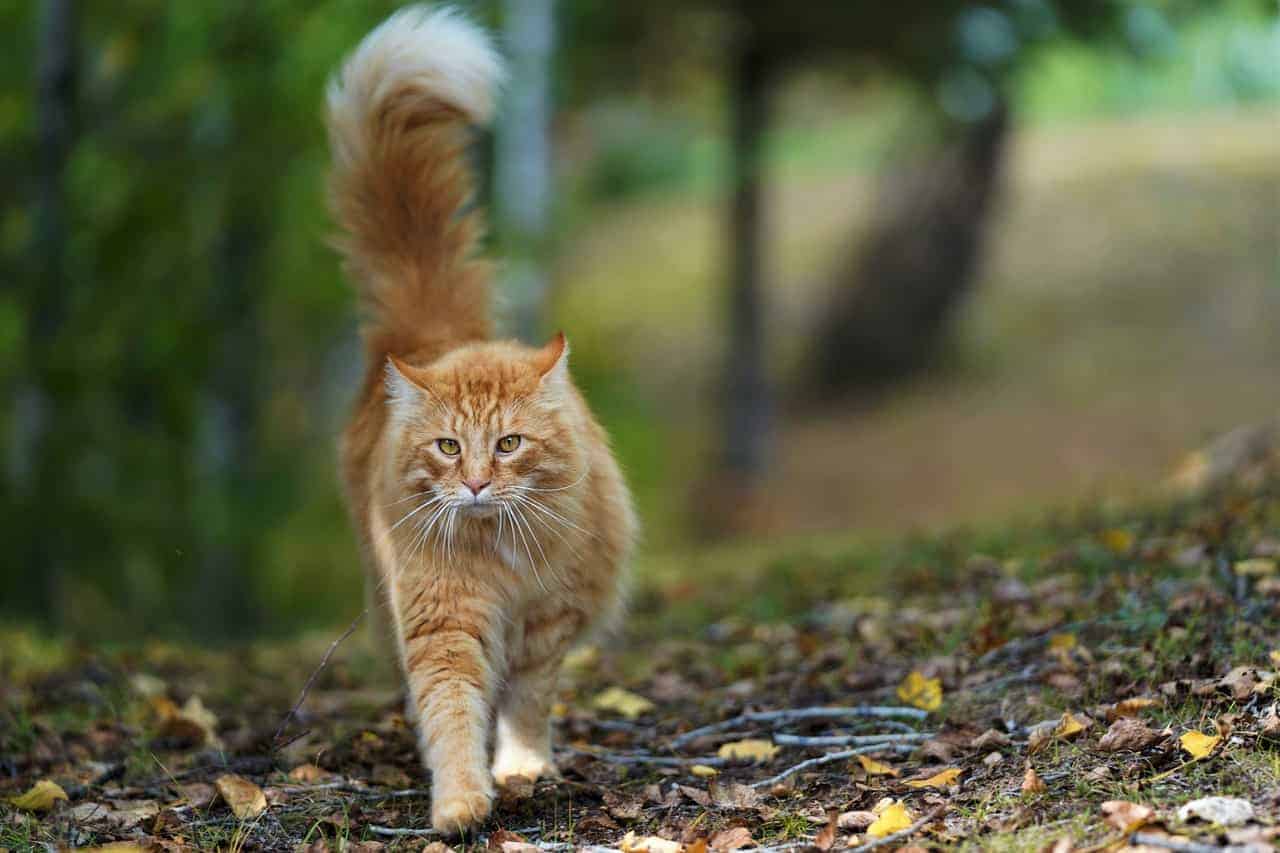 Tabby cats are known to have a distinctive pattern on their coats and can be identified through the typical M-shaped pattern that appears on their forehead, just above their eyes.

Many people consider these cats to be rare because of the beautiful patterns on their bodies. Some of the unique Tabby patterns are the classic, mackerel, spotted, patched, and ticked.

These cats are a favorite of many people because of their gorgeous patterns and their personalities.

The Tabby cats do not actually belong to one particular breed, instead, it is the distinctive coat pattern found across cats belonging from a variety of breeds. You can also read the different types of tabby here in this article.

The gorgeous patterns on these cats are indeed a treat to everybody’s eyes and fascinate a lot of people.

However, the tabby pattern is not as rare as it seems. In fact, it is one of the most popular cat patterns among domesticated cats.

So, there is a good chance that you have come across quite a few numbers of these cats consciously or unconsciously.

The gene responsible for the tabby patterns on a cat is known as agouti or the ‘A’ gene. It is a dominant trait, as a result of which it appears on a large number of cats.

If we look into the genetic makeup of a cat’s DNA, we will find that all the cats carry the gene responsible for the tabby pattern.

However, the pattern becomes recessive or invisible in certain cats.

Although a cat might have a solid coat color, there are chances that it might produce tabby patterned kittens in the future as it carries the gene within itself.

The tabby cats are a favorite among cat lovers. These cats were domesticated many centuries ago and have been accompanying humans since then.

There are historical records with the mention of these cats and they have appeared in a number of religious texts including Islam and Christianity.

What Percentage Of Cats Can Be Found As Tabby?

Since that tabby is the most popular cat pattern across the world, they are estimated to constitute about two-thirds of the total population of cats.

These cats date back to the periods of early human history and are a well-known descendant of the African Wildcat.

Tabby cats are prolific breeders and give birth to a large number of kittens at once which ultimately contributes to their dominating status among the cat population.

It can be roughly estimated that tabbies cover about 60-70% of the total domesticated population of cats. If you visit a shelter to adopt a cat, there is a good chance that the majority of them will be tabbies.

What Percentage Of Tabby Cats Are Actually Female?

The male and female ratios among these cats vary according to their breeds and genetic makeup. However, an interesting trend can be noticed in some breeds that possess the tabby pattern.

One such noticeable trait can be found in the orange-coated tabby cats across all breeds. A large number of orange tabby cats are born as males.

According to the available statistical data, only 20% of orange tabbies are known to be females.

This is because the gene associated with the orange coat color of the cats is attached to the sex-linked gene.

Since the X chromosome determines the orange color, a female kitten needs to have two orange genes to retain the color.

Such a scenario is usually rare, and the females are often born with a different color but often have the tabby pattern.

On the other hand, the male orange tabbies only need one X chromosome that carries the gene for the orange color, which might be carried by either the mother or the father.

Therefore, it is comparatively harder to find an orange female tabby than their male counterparts. This factor also makes the female orange tabbies very expensive.

Exactly How Many Tabby Cats Can Be Found In The World?

Tabby patterns are not breed-specific and appear on a large variety of breeds ranging from the common domestic cats to exotic breeds like the Ocicat.

The exact number of tabby cats around the world is not exactly known as some of the stray ones produce litters that often go unaccounted for.

However, it can be roughly estimated that their numbers are in hundreds of millions and they are spread across the world.

Below, we are answering some of the frequently asked questions about tabby cats and their availability

Spotted tabby cats are not very rare as they are one of the most commonly available coat patterns.

Although, it must be noted that the spots on one cat are always different from the spots on another and no two patterns are completely similar.

These spots can vary in size and sometimes look like broken Mackerel stripes. However, it is not clearly known whether these spots are a result of a unique gene or the modification of an existing one.

Out of all the available colors of the tabby cat, the cream color belongs to the rare category. It needs selective breeding to achieve a cat with a solid cream base.

However, patches of the cream color are evident in a large number of tabby cats.

Cream-colored tabby cats usually have an off-white or similar base color and their patterns are made up of a darker shade of cream or tones of the color buff.

Even though tabby cats are not a rare variety, but it should not stop anyone from adopting them.

These cats are an absolute delight and they are very friendly and affectionate.

Their unique and beautiful patterns are sure to fascinate a number of people and their personalities would make you fall in love with them.