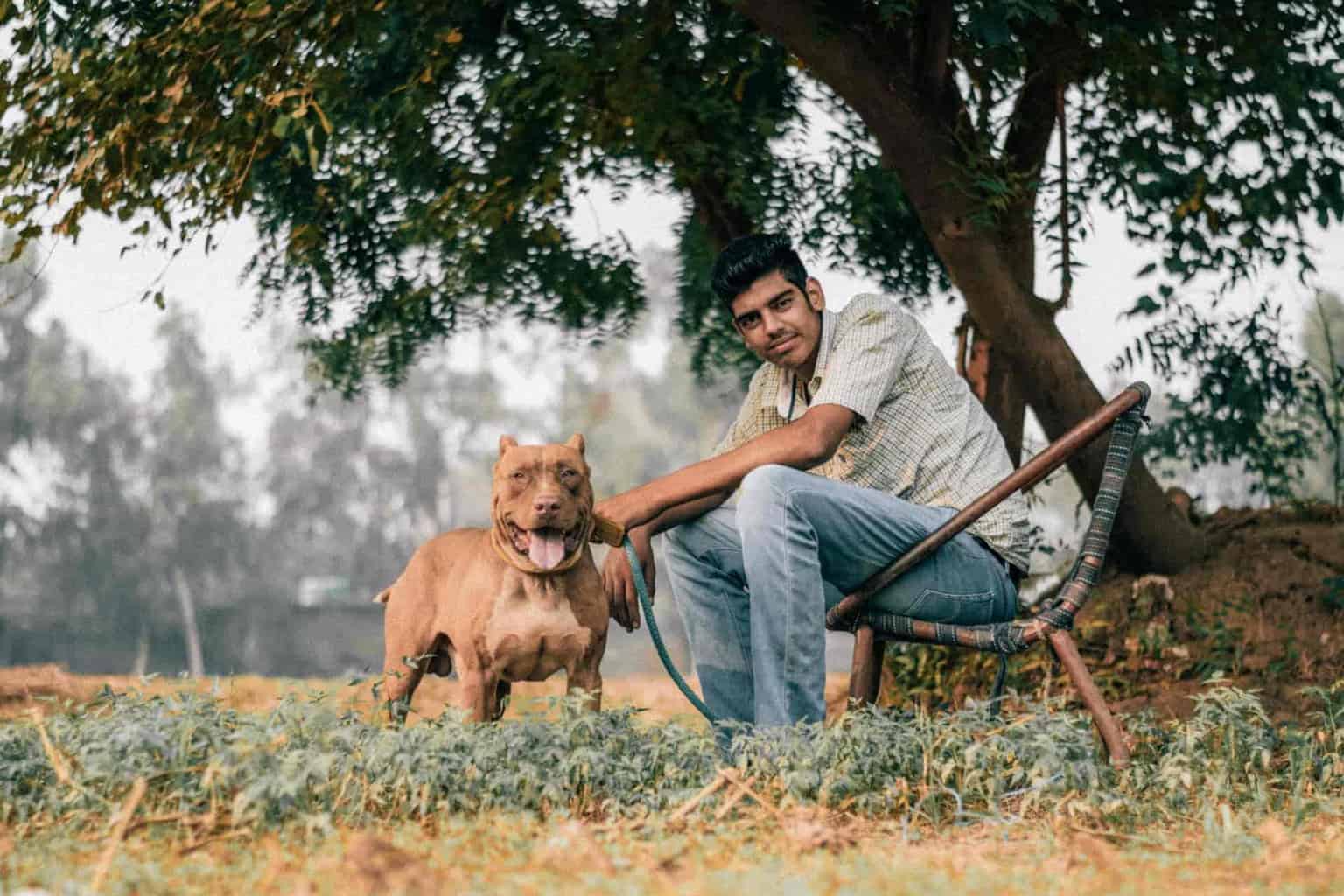 Are you planning to adopt Pitbulls? Then you are probably wondering whether they are loyal to their pet parents or not. In the case of Pitbulls, you can see a quick transition from a corrupt reputed dog breed to one of the most loving canines in the world.

For the temperament issue, people become curious to know about the loyalty of Pitbulls before adopting them. So, here we have penned down a blog to answer all your questions regarding the reliability of a Pitbull.

Are Pitbulls loyal to their owners?

Yes, if you train a Pitbull and socialize it very well, the dog will become loyal to its master. The faith, kindness, and admiration of a Pitbull are beyond any measurement. If a person parents a Pitbull and trains it rigidly, it thrives as one of the most faithful canines. The dog returns love to its master.

If the owner adores his Pitbull, the pet can risk its life to save him. The pup has a miraculous ability to sense danger. If they feel an immediate threat in the life of their adopter, they will protect him at any cost.

Pitbulls generally feature loving, loyal, and affection attributes. They quickly become attached to the persons who shelter them.

If you provide a Pitbull a forever home, it becomes so grateful to you that it returns love on every single day of its life. From the very first day, your pets start guarding you against every possible danger.

It is true that several other dogs also try to protect their owners.

Still, due to the lack of training, most are unable to do it. Pitbulls not only have loyalty in their mind, but also their body type makes them skilled watchdogs.

You will notice, a well-trained Pitbull makes a quick move while attacking to protect its owner.

If you want to understand the loyalty of a Pitbull, you need to learn about how much it loves the owner. Pitbull sees the owner as an integral part of its own.

When a person shelters a Pitbull, feeds it, takes care of it, and becomes a best friend, the dog becomes friendly, loving, and loyal to the person. Pitbull can even risk its life to save the person.

Also, if you train your dog very well, most of the attacks it causes will not result in any bloodshed.

A well-trained Pitbull knows how to scare an attacker. They most often use their jumping ability to scare away the attacker from the owner.

The muscular attribute provides them quite a force with forwarding momentum. It assists them in knocking over the offenders and restrains them with no bloodshed or violence.

If any animal attacks the master of Pitbulls, they express their love and gratefulness in this case too.

Their natural athletic body type makes them good hunters. So whenever they see their human friends are under animal attack, Pitbulls use their hunting abilities to protect the owner.

Generally, we say strict and regular training and socialization reduces the aggression and temperament of Pit Bulls.

But the fact is, training teaches a Pitbull where and how it should use its strength.

The moment you are under attack, your pet becomes more aggressive and ferocious. Their loyalty can sometimes surprise you!

How loyal are Pit Bulls to their owners?

Pitbulls can be so loyal to their owners that they can even bet their lives to save the adopters.  Countless incidents happened worldwide where Pitbulls rescued their owners by putting themselves at risk. The moment you start training them strictly and regularly, the Pitbulls begin erasing their previous poor reputation. Socialization and training from a very young age assist the dog in becoming a great pet with loads of love for its providers.

If you want to measure their commitment, first acknowledge yourself about the attachment Pitbulls grow with their pet parents.

The loyalty stems from the deep attachment and strong bonds between the dog and the adopter. Followings are true stories where intelligent, sensitive, and loyal Pitbulls protect their owners even from fatal attacks.

A Pitbull named Lefty saved its owner from four intruders and took the bullet in its body. The dog risked its own life by jumping towards the attackers while guarding its pet father.

In another instance, Mercey, a Pitbull, also rescued its owner by defending three men on its own.

Here, in this case, the Pitbull also received a fatal injury while protecting its adopter.

All these stories are only a few drops of the ocean. Still, these are enough to provide you an idea of how loyal Pitbulls are to the owners.

Do Pit Bulls Stay Loyal to Only One Person?

No, Pitbulls do not reserve their loyalty for only one person. Generally, Pitbulls are faithful, protective, and socialized dogs. But, unlike most other breeds, this species does not hold love only for one person. Pitbulls indeed show special adoration and favor to their master. But after re-homing, they can also grow a special attachment with the new adopters.

But, you need to provide enough time, love, and care to the Pitbull so that it does not feel the absence of its previous pet parent. The trick lies in the training and socialization skill of a Pitbull.

If you socialize the dog from an early age, the canine does not develop the tendency of showing loyalty to only one master. Also, a Pitbull that grows in a family-like environment quickly bonds with other persons.

Will a Pitbull protect its owner?

Yes, being one of the most loyal dog breeds, Pitbulls protect their owners from every possible attack. But, before we commence a discussion about it, you need to remember that protection does not always translate to attack. Pet owners often presume that a dog protects its owner only by attacking another person or animal violently. But, Pitbulls protect their owners without being violent even once during their lifetime.

Since all Pitbulls are different, they do not attack the offender in the same ways.

But as all the Pitbulls get equally concerned about the safety of their owners, you can expect a bark from their sides to alert you about any potential threat or danger.

When we say Pitbulls can act as a watchdog, we mean it. If you leave them alone in a house, they can even protect your home and property from any trespassers.

As we mentioned earlier, all Pitbulls do not act identically to protect their owners. However, their faith is beyond any questions, and they grow deep love, devotion, and care with their pet parents.

All these emotions lead to the protective quality of a Pitbull. We hope this discussion acknowledges you about whether Pitbulls protect their owners.

Do Pitbulls attack their owners?

However, Pitbulls attacking the owner is an event that can occur once in a blue moon.

The love in a Pitbull for the owner is fathomless. Pitbulls can be dangerous in the hands of evil people. But, a properly socialized and well-trained dog can be an exceptional pet that will stay loyal and caring to you throughout its life.