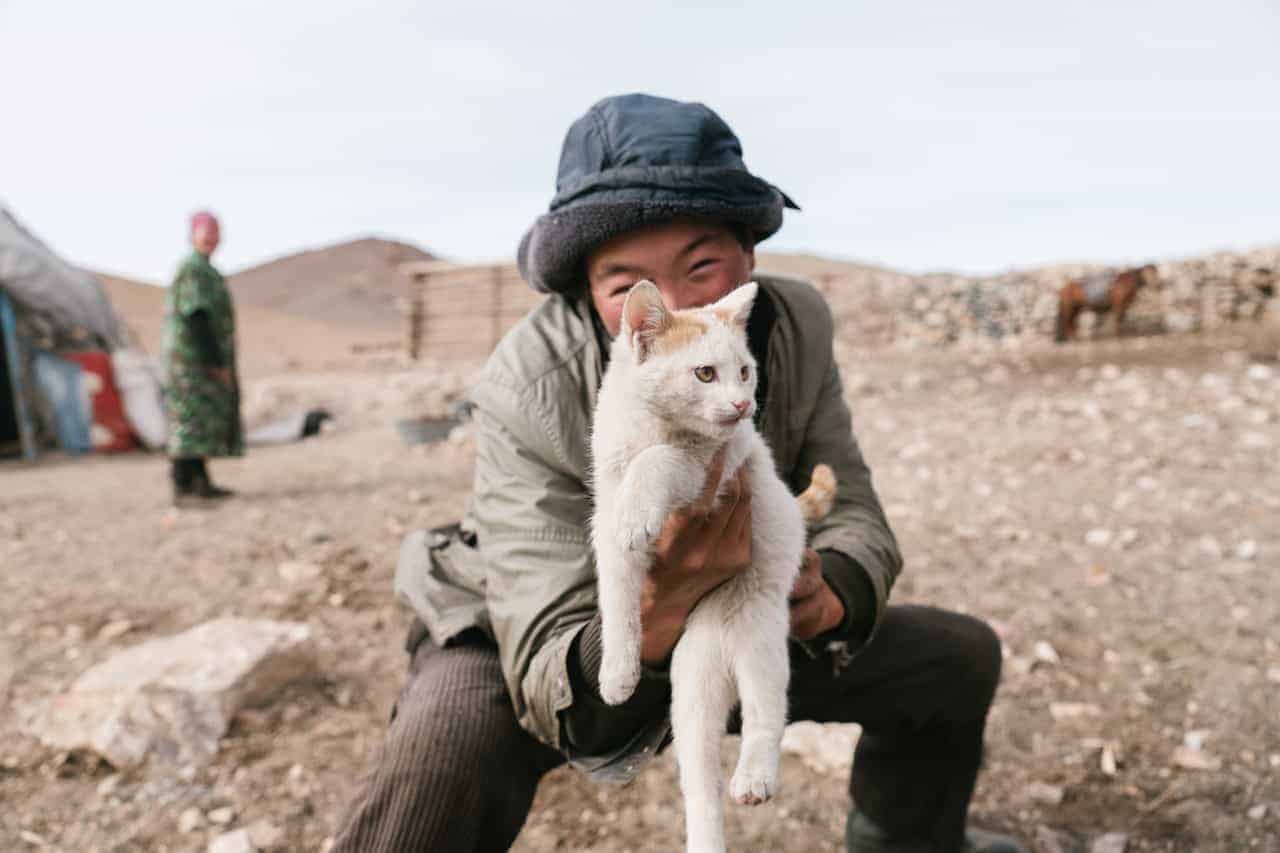 It is satisfying when a cat hops onto a lap and curls itself into a ball of fur while sitting on a couch, or when it decides to cozy up while one is sleeping or taking a rest on the bed.

Cat owners always want a cat that will cuddle after a long day of work. So, it is crucial to adopt a cat that is affectionate towards its human friend.

It gives rise to whether one gender of cats is more loving than the other gender. Some cat owners say that they found their male cats to be more affectionate than female cats.

But the truth is the behavior of a cat depends on a lot of factors.  It depends on whether it is a spayed cat or not, the breed of the cat, the house’s environment, etc.

However, no matter how much one tries to control a cat’s affection, it will always depend on the personality of that particular cat.

Irrespective of the belief that male cats are more affectionate than female cats, it entirely depends on the personality and how it reacts to the cat owner’s surroundings.

A comprehensive poll of veterinary practitioners had concluded that male cats are more loving than the female counterpart.

Susan Saffron, a well-known author of pet-related books, has also said that male cats are friendly than female cats. But she has also pointed out that cat-personality vary widely.

The view on the difference of affection between male and female cats can be as varied as it can get. Many cat owners believe that their male cats are more affectionate than their females.

They continue to support that idea online. But, cat-shelter caretakers or multi-cat household owners have clearly stated that there is no behavioral difference between male and female cats.

Every feline is one of a kind. Whether a cat is loyal, affectionate, aggressive, playful, it’s a matter of personality and not the gender of the cat.

Socialization, breed, environment probably plays a more vital role in a cat’s behavior than gender does.

Are there any factors that can have an impact on a cat’s affection?

Several factors affect a cat’s behavior, and the gender of the cat is probably the last on that list. The following factors can have an impact on a cat’s affection towards its owner –

The breed of the cat controls how a cat may behave in a household. We find that male cats are more affectionate than female cats.

It is difficult to tell every cat’s breed, but it is a well-proven fact some cat-breeds are more loving than other types of cats. For example, we found orange tabby cats are really affectionate, along with Siamese cats.

But one should always keep in mind that there will always be some cats that will be aggressive, and some will be cuddly in every breed.

However, some of the most affectionate breeds are Ragdolls, Birman, Tonkinese, Siamese, Burmese, Scottish Folds, and Abyssinian. For some cat-breeds, one can find a difference in affection between male and female cats.

Here are some of the examples-

Despite these instances, one needs to know that more pressing factors impact the cat’s affectionate behavior.

The breed of the cat does not ensure that the male cats will be friendlier than the female cats. Even a small kitten that was affectionate towards its owner can grow up to be the opposite as it grows up. No guarantee that choosing an affectionate breed will ensure a more loving cat.

The historical background of a cat affects the behavior of the cat. If a cat is behaving aggressively, contact the cat shelter.

Check whether the cat was from a violent home or whether it was homeless on the street. Past trauma can make a cat behave aggressively.

One needs to maintain a loving home for the cat and give it time to adjust to the new setting before expecting an affectionate behavior from it.

Socialization is a crucial aspect of ensuring friendly behavior from the cat. A cat becomes aggressive if one keeps it outside the house most of the time and does not play with it.

The cat will not develop any friendly behavior in this type of house condition. But if one keeps the cat inside the house and attends it from time to time with cuddles or simple games, the cat will be more affectionate towards its owner. Cats show their affection in complicated ways.

Cats are more subtle when they show their friendliness. One should not expect a cat to show love like a dog. If a cat is not showing fondness, it does not mean that the cat hates one.

Mostly, it means that the cat is not comfortable being around its owner. Showing affection towards a cat will reflect on one.

Cat is a unique creature, and if one is a little attentive to the demands and plays with it whenever time permits, it will accept a cuddle and some petting.

One of the crucial factors determining whether a male cat will be more affectionate than the female cat depends on whether it is a spayed cat.

The most popular belief is that a male non-spayed cat will be much friendlier than a non-neutered female cat.

It is a well-known fact that cat owners often refuse to adopt a female cat for their less affectionate nature. An unsprayed male cat will be much more accepting of cuddles and petting.

However, male cats become aggressive and territorial when they go into the mating season. When it comes to unsprayed female cats, they are not so affectionate.

Like any mother, a non-spayed female cat will focus all its love and affection on its kittens. In this period, they become more conserved and less affectionate towards their human companion.

Despite that, female cats become a lot for affectionate and loving when they go into the mating season. Neutered female cats are less responsive towards play and cuddles, but they still like to be petted sometimes.

They can be wary of strange people in the house. They are a little more self-reliable and more solitary than male cats.

Spayed and non-spayed cats have differences in showing their fondness, but one should always love them equally to get it back from them.

After a long day at work, cuddling with a furry friend can put you in a good mood. But cats are independent, and most of the time, we don’t know what it is about to do. So here are a few tricks which one can use to increase the fondness of the cat –

In conclusion, we can say that there is a difference between a male cat and a female cat in terms of fondness.

Several factors contribute to the level of affection that a cat might show towards its human friend, but that does not guarantee that the cat will be more affectionate towards one.

Cats are individualistic, and every cat is different. How a cat is behaving towards one depends on the cat’s personality and not on the gender.